Corbyn looks back on best-ever year of jam making

JEREMY Corbyn has congratulated himself on a year in which he delivered outstanding home-made preserves.

From damson to gooseberry, strawberry to rhubarb, close friends of Corbyn feel he has built up a lasting legacy of fruit-based spreads for toasts and breads of all kinds.

Corbyn said: “I’ve been tirelessly crushing fruits and heating them with water and sugar to store in jars. But now the delicious results are plain to see.”

Unlike predecessors such as Gordon Brown and Ed Miliband who were too friendly towards vested interests such as banks and corporations, Corbyn made jam a top priority in his leadership.

The Labour leader is particularly proud of two jams he personally created; a tangerine-based marmalade developed during the EU referendum and a blueberry preserve he has been working on day and night in the run-up to the debate on Aleppo.

Corbyn said: “The next few years are going to be especially challenging for the Labour movement with the Conservatives bent on pursuing policies that will rob ordinary working people of their life chances.

“We must be bold and imaginative in our responses. Pear and pomegranate. No one’s tried that before, have they?” 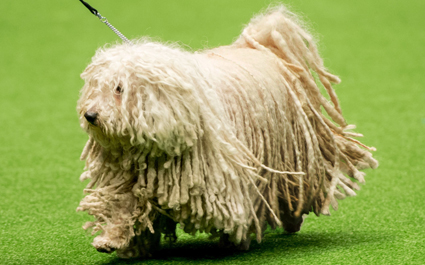 RUSSIA has been hacking the Crufts computers to make all the weird-looking dogs win, it has emerged.

New evidence shows that Moscow hackers, personally directed by Vladimir Putin, have been manipulating the dog beauty competition for over a decade to give the fucked-up-looking ones more points.

Suspicions were raised after last years’ winning dog was revealed to have spent six months studying in St Petersburg.

A Crufts source said: “The Russian puppet-masters wanted to humiliate the West by making it look like all our dogs have tiny legs and curly tails that go up their arses.

“Without their intervention, Crufts would be all normal dogs, like labradors and medium-sized mongrels, rather than the nightmarish parade of canine weirdness it has become.”

Dog lover Emma Bradford said: “If they can rig the US election and even have a hand in Brexit then why wouldn’t they rig Crufts?”

“It makes me feel sick just thinking about it.”