A BOSS has invited workers over for Christmas drinks and to see how impressively large his house is.

The invitation specified that the house was down a country lane, has a name rather than a number, and that they have to buzz the intercom for the gates to be remotely opened.

Office manager Helen Archer said: “He took us on ‘the tour’ first, giving us the price of his new handmade Italian leather sofa and the quartz worktop on the kitchen island before ending in this massive room which he said they reserve for ‘entertaining’.

“As we were necking our prosecco he casually mentioned it was a shame it was too cold for the garden, because they’d had 200 out there for his niece’s wedding reception in the summer.

“When Lucy said she needed the loo he laughed and offered a choice of four, giving directions to the one he thought would be easiest to reach.

Fellow guest Tom Booker said: “When he was out I peeked in the study. Guess what’s on those reclaimed oak shelves? Six series of Ballykissangel on DVD and an unread Steve Jobs biography.

“Also I nicked a fountain pen.” 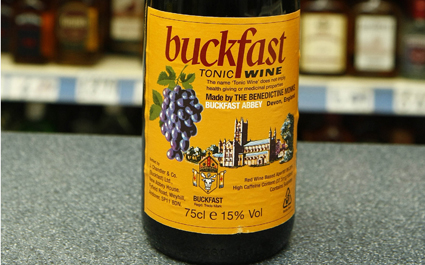 THE monks who make Buckfast have a holy mission to ensure Scots never stop punching each other, they have claimed.

The tonic wine, which earned the monks of Buckfast Abbey £8.8 millon last year, is made according to the Lord’s direct command of 484 AD.

Abbot Joseph Turner said: “It is written that on that day an angel did descend and order us to make a caffeinated wine for the Pictish people to foster the degradation of their spirits.

“The angel said ‘They shall be lost in drunkenness, revelling, strife, murders, adultery and such works of the flesh, for if they ever turn against Heaven their wrath would be so tumultuous to topple it.’

“Ever since that divine manifestation we have created this holy elixir so Scotland remains a cauldron of violence.”

Habitual Buckfast drinker Bill McKay of Glasgow said: “I’m up to the Lord’s work myself.

“Sometimes with the hand, sometimes the boot but most often with the head.”