A MAN has a white Range Rover, it has been confirmed.

The man has a job and relatives and perhaps a wife or girlfriend, but most of all he has a Range Rover, and it is white.

Onlooker Nikki Hollis said: “It’s bad to be judgmental but there it is. He decided to buy a white Range Rover because that is what he is into.

“He probably chose special seats in something called ‘clamshell leather’. It’s what he likes.

“We shall never know.” 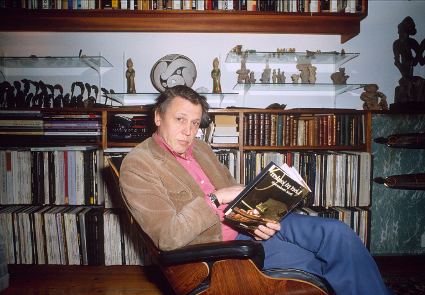 DAVID Attenborough has documented all aspects of our planet and is building a new one, it has been confirmed.

The 90-year-old broadcaster has confirmed that he is preparing a new planet by shaping soil and rocks into a huge ball with his bare hands, then sprinkling some DNA onto it.

“There’s not a single animal, however insignificant, that I haven’t commentated over and affably anthropomorphised.

“Don’t get me wrong, Earth’s a very creditable planet but I think I can rustle something up that’s at least as good.”

Sources close to Attenborough suggest he has already created blueprints for a workable aquatic ecosystem and spent much of last weekend working on a flying kangaroo.

Professor Henry Brubaker of the Institute for Studies said: “Earth was created by a set of completely unique conditions and has taken around 4.5 billion years to reach its current state.

“But I reckon Attenborough should be able to knock something up in time for the Autumn 2017 TV season.”