JEREMY Corbyn has apologised after the shadow chancellor quoted Mao in the Commons yesterday, clarifying that he always preferred Pol Pot.

The Labour leader said that John McDonnell had unfortunately missed key policy sessions where it was agreed that Mao was a capitalist running dog whose Great Leap Forward was far too easy on the peasants.

Corbyn continued: “I always thought Mao was a bit of a poser, you know?

“All big posters and ostentatious blue tunics and to me, that is not what Communism is about.

“Whereas in Cambodia, or Kampuchea as I still call it, nobody even knew Pol Pot’s name. Brother number one, they called him.

“That’s very much how I’d see myself in government. Anonymous, not claiming any credit, just quietly working to eliminate the bourgeoisie.”

McDonnell said: “Mao killed 45 million people in a failed attempt to industrialise China, but according to Jeremy that achievement’s meaningless because he didn’t like his outfit.

“Don’t mind us, we’ve been going back-and-forth about our top ten leftist dictators for years.” 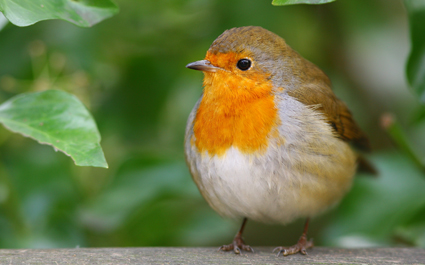 A ROBIN has described its intense dislike of everything associated with Christmas.

Hayes said: “I don’t like Christmas at all. The way they start trotting out all the adverts in September f*cking does my head in.

“But the time it finally comes around I’m properly sick of it.”

He added: “I hate holly. A friend of mine lost his eye on some holly. It’s just a load of sharp leaves.

“What do I like? Worms, successfully defending my territory and sexual intercourse.”