THIS whole Jeremy Corbyn thing is really happening, it has emerged.

Experts on reality said they had stared at it for a long time and could now confirm that it is an actual thing.

Professor Henry Brubaker, of the Institute for Studies, added: “It is not a fantasy or a mirage. It is not one of those things that seems incredibly unlikely but gets people all excited before ultimately coming to nothing.”

He continued: “The fundamental aspect of its reality appears to be a relatively large number of people who are all going to do the same thing.”

Professor Brubaker added: “Whether that will be a good thing or bad thing remains to be seen. But it will be seen. Because it’s happening.” 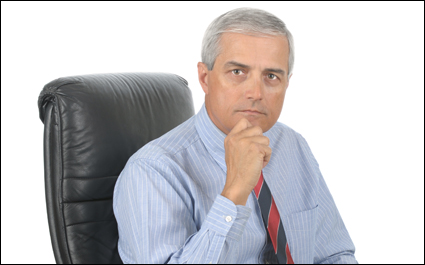 A 46-YEAR-OLD man is still plagued by a rumour from his school days that he French-kissed a rabbit.

Despite having three children and being managing director of a successful Toyota dealership, Tom Logan has been unable to fully discredit the rabbit story which was made up by some malicious fifth-form girls over 30 years ago.

Logan said: “In about 1982 I had a house party because my parents were on holiday and I wanted everyone from school to think I was cool.

“My sister used to have pet rabbits, some of the older bully kids spotted them and immediately decided that I was in an intimate relationship with the white one.

“Sometimes I’ll be meeting a client and when I introduce myself they go ‘oh you’re that Tom Logan who did stuff with a rabbit, aren’t you? Hahaha’. It’s hard because I can’t explain the truth without getting angry.”

Logan’s best friend Stephen Malley said: “On the one hand, it does seem ridiculous. But you know what they say, no smoke without a fire.

“I remember Clare Hargreaves from Mr Morris’s tutor group was convinced she saw him with his tongue in the rabbit’s ear.”

Logan said: “It’s just a pet rabbit, it was in a cage thing in the garden, Jesus Christ I never even paid it any attention.

“I think my sister gave it away in the end. Why won’t people just let me live my life?”