JEREMY Corbyn is releasing increasingly difficult material to reduce his fanbase to before he was successful.

Producer John McDonnell confirmed the Labour leader was tired of the adulation of voters listening to him saying things that sort of made sense and yearned for the old days when he could play to a room above a pub.

McDonnell said: “Jeremy got into politics just wanting to do his own thing and if anyone else wanted to vote for it, that was a bonus. It was never about being popular.

“But then those surprise Labour leadership hits happened and before you know it he’s playing Glastonbury and doing the whole Andrew Marr/Robert Peston circuit.”

The Labour leader has released a deliberately discordant and difficult statement about immigrants stealing British jobs to see which of his devoted fans stay with him.

Former Corbyn fan Nikki Hollis said: “I just want to listen to the radio with some nice policies about the NHS or businesses paying their tax while I’m driving to work.”

But Corbyn stalwart Roy Hobbs said: “I genuinely like the new material, it sounds nothing like Farage. His stance on Brexit is his best stuff yet, but you really need to concentrate for it to make any sense.” 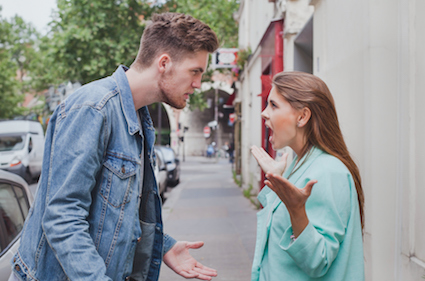 A MAN is furious after his girlfriend ignored his decree on asking a stranger for directions to their hotel.

After an hour and a half of walking in circles around Barcelona city centre with heavy luggage, Nathan Muir’s girlfriend Sarah Thomson decided to just bloody ask someone.

Standing outside a tapas bar the couple have passed by three times in the last 15 minutes, Muir said: “She’s making us look like twats. We’re not lost, we’re just in the process of finding our way.

“If we ask someone to help us every time we’re uncertain about where to go, we might as well not bother going anywhere new.

“For me, this is as much a Ray Mears-level survival exercise as it is a mini-break and I’m not relying on some patronising local bastard to tell me where my hotel is.

“I’ve got a map on my phone, it’s just loading in a weird way – and these streets are laid out really badly”.

“We’re going to wander around for hours this evening arguing about where to eat. Or maybe he’d rather we go down to the seafront and spear our own fish.”