Cuts attacked by people who think they are a bad idea

THE debate over government cutbacks took a dramatic turn last night
after they were attacked by some people who have never liked them.

In a letter to a newspaper that does not like the cuts, a group of experts in not liking cuts urged the chancellor George Osborne to agree with them for a change.

David Blanchflower, former member of the Bank of England monetary policy committee and Ed Balls’ favourite chiropractor, said: “The recent survey which showed that medium-sized catering managers are lacking in self-esteem proves that Britain is finished.

“Much as I predicted in my latest book, Why Won’t Anyone Listen to Me Except Ed Balls?”

But in a clear signal that the government is about to explode, the cuts were immediately defended by people who have always thought they were a really good idea.

Mr Osborne said: “The cuts are obviously brilliant, even though no-one really knows why. But I think that’s what makes them so special.”

The people who signed the letter stressed it was a very important letter because they were not just people who did not like the cuts, they were economists.

Blanchflower added: “We feel it would help raise the level of debate if you could pretend that this time we have got it absolutely right.”

But their plea was rejected by people who read articles instead of headlines.

Helen Archer, who usually gets all the way to the end and then has a thought, said: “People seem to have this idea that economists are motivated by facts and evidence instead of raw political prejudice. It’s very queer.”

“They are like a drunk priest trying to explain the immaculate conception with a broken Etch-a-Sketch.” 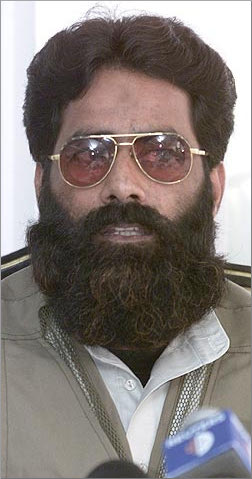 THE tricky boss at the end of level five of War on Terror has been killed by Americans, it emerged last night.

Ilyas Kashmiri, aka ‘Beard Boss’, believed to be one of the hardest bosses to kill, succumbed after repeated missile hits to his single weak point.

War on Terror analyst, Bill McKay, said: “Despite being only able to move in straight diagonal lines, Beard Boss’s immense physical size and lethal beard-whipping attack were a fearsome combination.

“Attempting to kill him, America’s top strategists launched and lost 43 drones over a relentless 48-hour War on Terror session during which five KP Skips variety packs and 18 litres of Sprite were consumed.

“At about 4am yesterday morning, it was noticed that Beard Boss’s vulnerable neck became temporarily exposed every time he flailed his facial hair in a characteristic mace-like attack.

“Indeed this was his inevitable Achilles’ Heel and after 15 direct hits he exploded, creating a massive points bonus for the Americans and NATO and facilitating their progress to level six, which is subtitled ‘Secrets of Pakistan’.”

Gamers are still debating why Beard Boss was killed after Osama bin Laden, with many expecting to have to kill the Al Qaeda chief at the end of level 12.

Martin Bishop, 32, said: “Who is the final baddie? I’m starting to think Donald Trump was right and it’s actually going to be Barack Obama.”

Meanwhile there is increasing speculation that a bug in War on Terror makes it impossible to complete.

US General Stephen Malley said: “There are theories about a coding error which create new baddies faster than you can actually kill them.

“It’s eerily similar to the problem everyone had with Jet Set Willy on the ZX Spectrum.”