David Davis to negotiate Brexit by pretending to be deaf

DAVID Davis is to get through the next round of Brexit negotiations by cupping his hand to his ear and pretending he is unable to hear.

A government spokesman said: “It’s becoming increasingly obvious to Michel Barnier that we haven’t got a fucking clue, so rather than dig ourselves a deeper hole by talking more, David Davis is just going to pretend he can’t hear what is being said.

“You know when you ask your nan if you can watch something other than Flog It for five minutes and she pretends she can’t understand the question? Like that.

“Each round of talks only lasts a few days, so we reckon we can get through the next one at least before Barnier’s manners crumble and he calls David Davis a cloth-eared twat, or whatever they would say in Paris talk.

“And our strategy after that? Not sure. We’ve already tried crossing our fingers and that didn’t work so your guess is as good as mine.”

Man listening to the Proclaimers unironically 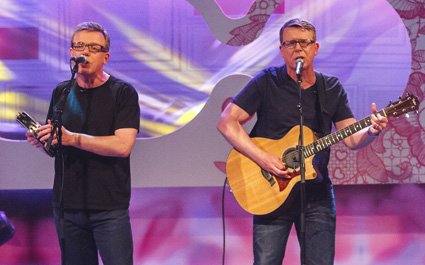 A MAN has been listening to the Proclaimers for no reason other than that they made some great tunes.

Barista Tom Booker decided to put the Proclaimers on at work simply because 500 Miles is a great record and they have also got another four or five other decent tunes.

Booker’s manager Bill McKay said: “When I came in he was listening to the Proclaimers and I thought that they had either died or it was some sort of Scottish national holiday.

“He said he just put them on because he liked them, which I might have to bring up in his next appraisal to be honest.”

Booker himself then added: “Since when do you need a reason for liking music other than liking it?

“I would be really disappointed though to find out they don’t really need glasses and it’s all part of a ‘look’.”