Economy doing brilliantly if you compare it to 28 Days Later, says Hammond

BRITAIN’S economy is thriving in comparison to the virus-ravaged world depicted in the film 28 Days Later, Philip Hammond has announced.

Despite UK growth lagging behind all major economies, the chancellor focused on positive news such as cities not being eerily deserted and no one being eaten by zombies.

In his spring statement, Hammond said: “Society hasn’t broken down completely with dead bodies everywhere, which shows austerity has been a success.

“Compared to 28 Days Later the economy is booming. Hospitals are still open, the electricity’s still on and there’s no widespread looting. What more do people want?

“Above all we haven’t infected the population with a deadly monkey virus that makes them go into a murderous psychotic rage. I think that’s my greatest achievement as chancellor.

“People really need to buck up and say, ‘At least no one’s ripped out my intestines today.’

“Obviously things will get a lot worse after Brexit but you still won’t have to board up your windows to keep out ‘the infected’, so people should keep voting Conservative.”

Hammond then made an incredibly lame joke calling the Labour party “the only zombies around here”, at which Tory MPs appeared to wet themselves.

Cats confirm all fights to take place between 2am and 5am 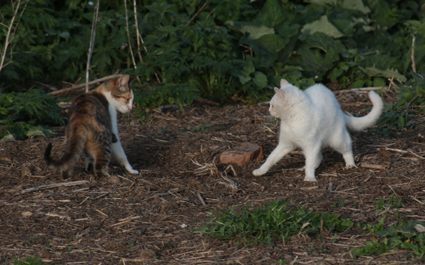 CATS have confirmed all their loud annoying fights will take place in the early hours of the morning.

Cat Martin Bishop said: “The best bit of having a ‘set to’ is when a human leans out a window and tells you to ‘shut the fuck up.’ It’s hilarious and can be a welcome tension breaker.

“There was talk of a ten til midnight scrapping window but the aim is to wake as many people as possible. It’s also occult lore that 3am is the Devil’s hour which provides the perfect atmosphere for a proper blood curdling ding-dong.

“The daytime is for personal grooming, you need good lighting when you’re trying to pull ticks out of thick fur.”

Bishop added: “We’ll reconsider scheduling when you stop attaching bells to our collars. I move even slightly I tinkle, it’s really undermining my dignity and mental health.”