LABOUR leader Ed Miliband is still technically on work experience and has yet to receive a wage.

The 44-year-old began working for Gordon Brown in 2007 to pad out his CV with some non-profit work and has been there ever since.

He said: “Apparently I’m doing very well but there just isn’t the budget to take anyone on.

“Instead they keep moving me to new positions – MP, energy secretary, Leader of the Opposition – and tell me if I make a name for myself I could get a paying job next year.

“What if I win? I can’t be prime minister and still do my shifts at Domino’s. Giorgio has said, and he’s the manager.

“I’d leave, but Harriet Harman says if I go now she won’t give me a reference and it’ll look like I’ve been in prison.”

“Have you seen him today? He is supposed to be fetching my Starbucks.” 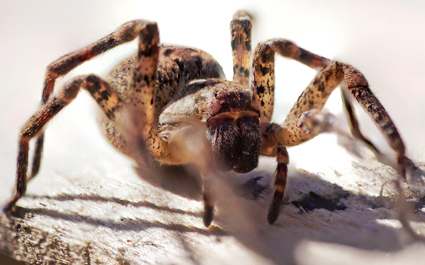 Architect Stephen Malley described the spider as ‘working class but not in a nice friendly way like the postman’.

He said: “I opened a bag of organic fruit and this gravelly voice said ‘alright mate, what’s for tea?’

“I had no idea what this meant until my life partner Helen explained that ‘tea’ is a working class colloquialism for supper.

“Then it said Helen had a ‘smashing pair of tits’. I told her to immediately remove the children to their grandmother’s.”

After failing to pluck up the courage to hit the working class spider with a rolled-up Observer, Malley called pest control experts who coaxed it into a cage designed to look like a small Wetherspoon pub.

Malley said: “This thing was horrible, it sounded like Danny Dyer and kept talking about ‘getting some fanny’ and asking me for ‘a gram of nosebag’.

“This is not the sort of thing you expect from Waitrose. It was more of an Asda type creature.”