SHADOW foreign secretary Emily Thornberry is not an asset to her pub quiz team, it has been claimed.

Labour MP Thornberry, who lashed out at the trivial and ‘sexist’ nature of a Sky News interview, regularly takes part in her local pub quiz as part of a team called Quizmungous.

Team mate Roy Hobbs said: “Last week there was a question about who played Ferris Bueller in Ferris Bueller’s Day Off. Emily insisted it was Sean Connery.

“However the character of Ferris Bueller was a student and Sean Connery would have been about 46 at the time.

“When I suggested that, she accused me of ‘mansplaining’ and threw a peanut at me.

“She went off to the bar in a massive strop and later returned to incorrectly assert that 80s darts show Bullseye was called Treble Twenty. I just kept quiet that time. We lost.”

Emily Thornberry said: “You might expect entertainment trivia at a Wetherspoon pub quiz but this was an independent Islington tavern with organic guest ales, really the questions should be about contemporary art and Ian McEwan books.”

Former BHS worker urged to give up radio controlled yacht 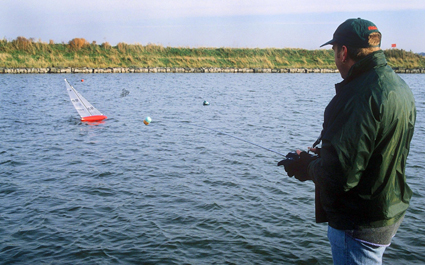 AN UNEMPLOYED ex-BHS worker has been told by his wife that the batteries for his radio controlled yacht are too expensive.

47-year-old Tom Logan enjoys sailing the boat on a small pond at his local park, which helps to fill his days now that he is on the dole.

He said: “I love my remote control sailing boat but it really eats up batteries, especially when there is a strong or even mild breeze.

“Now that we are living on benefits my wife has been really on my case to sell it on eBay, which might bring in £50 towards winter heating bills although there are some scratches to the hull where a duck tried to have sex with it.”

Logan accepts that ownership of a decadent two-foot yacht may seem tasteless to his former colleagues. He said: “I saw my old team leader in the park the other day and she started asking me how much it costs to maintain a carbon fibre toy boat.

“I supposed there’s always someone who’s going to be jealous of your lifestyle, but I worked bloody hard to buy this from the model shop.

“Now though I’m skint and just wishing I’d nicked a shitload of jumpers.”