Everyone on your social media in agreement

EVERYONE on your social media accounts agrees that it will be a Tory landslide or a shock Labour victory, depending on who you are.

Your friends, or followers if you are tweeting and liberal, are united in believing that everyone will vote either Labour, Conservative or Lib Dem in certain marginals, meaning this one is already sewn up.

Joanna Kramer of Ashburton said: “I was expecting some dissent, but no.

“That’s a completely random cross-section of society who I’ve met and liked from up and down the country.

“I suppose there’s a statistically insignificant number I’ve unfollowed, or who’ve unfollowed me, for reasons of philosophical difference.

“But I’m sure they’ve changed and now they agree with us. Because we are right.”

She added: “And every second tweet is exhorting people to vote, so I’m estimating turnout at close to 100 per cent.”

Fate of nation depends on whether it's nice out 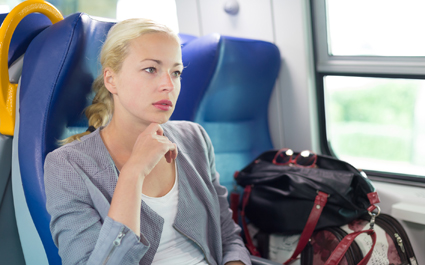 THOUSANDS of Briton are deciding whether or not democracy is worth getting rained on.

With polls predicting everything from a Conservative landslide to a hung parliament, Britain’s future is likely to swing on whether voters consider their civic duty important enough to go outside when it is wet.

Labour supporter Tom Logan, 22, said: “A generation of politicians have betrayed young people in this country and only Jeremy Corbyn offers us hope for a better future.

“It’s going to rain though.”

Student Nikki Hollis said: “I passionately believe in a properly-funded NHS, but grey skies just make me lose all my energy.”

Hollis’s grandmother Maisie said: “I’ve got my parka, two umbrellas, and a thermos full of Bovril, so you can bet I’ll be voting.

“You can probably guess who I’ll be voting for.”