Everyone wondering what Trotskyists do all day

BRITONS are genuinely puzzled by what modern followers of Russian revolutionary Leon Trotsky do with their time.

After Labour deputy leader Tom Watson claimed Trotskyists were influencing the party, many are wondering how Marxist revolution works in 21st century Britain.

Office worker Tom Logan said: “The actual Russian revolutionaries did things like arming themselves and taking over public buildings, but people seem to be more into having a job and going to Homebase at the weekend these days.

“I just wonder what a typical Trotskyite day consists of. I’m pretty sure they haven’t overthrown the ruling class yet because it would probably have been on the news.”

Trotskyist Donna Sheridan said: “Modern Trotskyism involves a lot of meetings, which can really drag but it’s better than being murdered by Stalin, plus we go to a pub that does really nice tapas.

“Obviously we try to influence Labour party policy, but more through robust debate than killing people, which I don’t agree with anyway because I’m also a pacifist CND member and vegetarian.

“It can be disheartening at times but I’m sure one of these days the proletariat will start watching Jeremy Corbyn speeches instead of Gogglebox.” 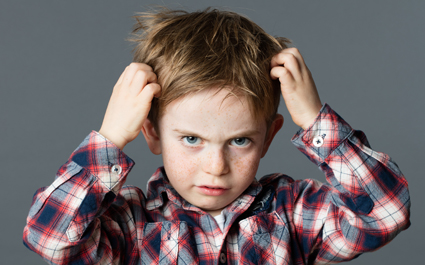 AN EIGHT-YEAR-OLD watching his mother give birth would rather be at the zoo, it has emerged.

Following the trend for having siblings present in delivery rooms, schoolboy Joseph Turner was invited to share a ‘very special day’, mistakenly thinking he might be getting taken to Longleat Safari Park.

Turner said: “I was fairly sure we were going to a major tourist attraction with big plastic dinosaurs, so I was a bit surprised to end up in a hospital staring at mummy’s private parts.”

Over the next 16 hours, he was able to watch his mother swearing like a hungover bricklayer as her body was gripped by increasingly painful contractions.

Finally her vagina dilated enough to produce a glistening, slime-coated rival child who will get all the attention for the foreseeable future.

Turner said: “It’s weird because I’m not allowed to watch 15-rated films, but this had swearing, violence and nudity.

“I would rate today three out of ten. Not much fun, there aren’t even any rides here unless you count wheelchairs.

“Overall I would say it was both boring and scary, like when we went to Weston-Super-Mare and it rained.”