Five non-politicians to lead Labour out of crisis

THE NEW Labour leader has to be tough, uncompromising, charismatic and a complete change of direction. Think The Rock. Or any of these:

An unemployed Jedi with a strong CV of laying waste to her enemies would be popular with traditional Labour voters, and Tories would like her because she’s actually posh. Fictional and could never be elected, so the continuity Corbyn candidate.

The main idea behind changing the look and direction of the Labour leadership is that it has to be a woman. Doesn’t really matter which one. They’re all roughly the same.

Though Blair appears to have been teetering on the brink of genuine insanity for the best part of two decades, he’s still the most successful Labour politician ever and perhaps the only person to match Boris Johnson’s megalomania. And still seven years younger than bloody Corbyn.

He was in the Army, he likes the environment and his wife’s hotter than Trump’s tart. He’d relish having something to do and annoy his older brother at the same time.

Far better than Corbyn and quite a lot more palatable to the electorate than Rebecca Long-Bailey.

Northern Tory voter can't wait for Middlesbrough to be like Hampstead 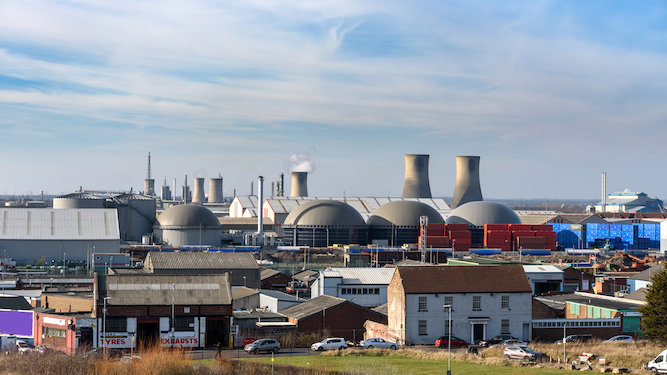 A NORTHERNER who voted Conservative is looking forward to his hometown of Middlesbrough becoming affluent, leafy and packed with intellectuals.

Martin Bishop believes Boris Johnson’s promise to ‘repay the trust’ of Northern voters means the town will soon be a wealthy London suburb favoured by the rich and famous.

The 42-year-old said: “I was sick of Middlesbrough always being on those ‘worst places to live in Britain’ lists, so I voted Brexit then Tory.

“Boris has promised loads of new spending so I expect all the boarded-up terraced houses on my street will be replaced by tasteful mansions like the one Jonathan Ross lives in.

“Within 12 months we’ll be a cultural hub for Britain’s artistic elite. I’ll probably become an acclaimed playwright like Sir David Hare. That’s got to pay better than collecting trolleys at Aldi.

“It’ll be great to have neighbours like Tom Conti, Jamie Oliver and Ridley Scott waving hello as I take my morning constitutional. I bet their kids won’t set fire to my wheelie bin.”

Denys Finch Hatton, the Conservative MP for Middlesbrough South, said: “I can absolutely confirm that the investment will take place and you are not gullible Northern dunces who could be outsmarted by a ferret.”