Five possible explanations for Farage being such a twat

EVER wondered why Nigel Farage feels the need to keep inflicting his Brexit party nonsense on everyone? Here are some possible explanations.

He got no attention as a child

Attention-seeking often stems from neglect in childhood. Intensive role-playing therapy could be the answer to helping Nigel work through his Brexit issues, Nigel dressing in shorts while ‘mummy’ and ‘daddy’ (qualified psychiatrists) repeatedly tell him he is the best at conkers.

A blow to the head

Head trauma can lead to distressing personality changes, such as a short temper, unusually high libido, or Union Jack-wrapped megalomania. A falling roof slate or pub dart to the temple may have given Nigel an abnormal urge to organise torchlit rallies in defence of golliwogs.

At heart, Farage may simply be a frustrated thespian craving the limelight. It’s possible his need to be the star of the Brexit saga would cease if he were allowed to play Mr Toad in a Christmas show or given a regular comic turn in Hollyoaks as a hilariously bigoted shopkeeper.

He believes himself a political Loki

Farage appears convinced he is a brilliant and devious trickster like Loki, the one-time Norse god turned Marvel character. But Loki’s plans, while often doomed, tend to be more interesting and ambitious than failing to get any MPs elected and talking over other people on breakfast TV.

It’s all a big grift

With billionaire backers and con-tricks like charging Brexiters to march to London for him, it’s tempting to think Farage is in it for the cash. However this may be an overly cynical interpretation and he behaves like a twat because he genuinely is a twat. 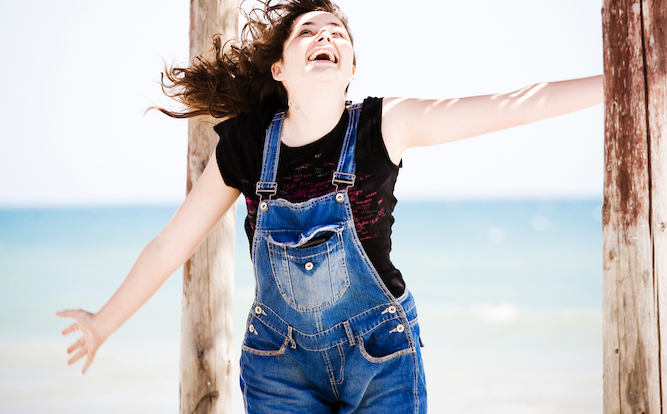 DUNGAREES have never been good and they never, ever will be, it has been confirmed.

The denim bib-and-brace overalls have long been popular with ironic students and children’s TV presenters, but remain in no danger of gaining mainstream acceptance because they are ridiculous.

Normal clothes wearer, Nikki Hollis, said: “I once saw an adult man walking through town wearing dungarees as if it were the most normal thing in the world and not deeply weird.

“At first I thought he must’ve been a 1920s New York construction worker who had fallen through a time hole. Then I realised he’d probably just got off a train from Brighton.”

Hollis added: “It’s not even as if they’ve come full circle and somehow become cool again. They’re just the early warning sign of a mid-life crisis.”