Five things Brexiters believe that they think we all believe

BREXIT is about belief. But Brexiters not only believe in Brexit, they have a few other beliefs that they think we all share. But we don’t. Here’s a few of them:

Brexiters who just want to get Brexit done firmly believe that passing the withdrawal agreement means it’s all over and done with and will never be discussed again, rather than beginning years of balls-aching tedium. It’s like claiming you decided to have kids so you would never have to think about kids ever again.

Remainers are in it for the money

Voting Remain, as the little-mentioned 16.1 million did, did not automatically entitle voters to an EU subsidy. Nor does every Remainer’s life revolve around cheap Polish builders, Scandinavian au pairs and fortnightly skiing holidays.

The law is subervient to Brexit

Why hasn’t John Bercow been hanged for treason? It’s a troubling question if you believe UK law is based on how closely it accords to what Brexiters want. Clearly the British legal system needs to up its game and introduce amputations for political correctness and Wicker Man-style burnings for police chiefs operating speed cameras.

Only evidence that supports you counts

The truth is anything that supports Brexit. The EU wants to flood Europe with Muslims as part of their sinister globalist agenda? Obviously true, even if you heard of it on a conspiracist’s YouTube video run by a man who claims the Moon is a six-dimensional hologram and corrects misconceptions about Hitler.

Brexiters are the victims in all this

Mean things have been said about Brexiters. What was the point of a referendum if that’s going to be allowed? It’s totally unreasonable to accuse anyone shouting ‘traitors’, ‘snowflakes’ and ‘the Fourth Reich’ of being anything other than the victim in this. No trade deals until you apologise.

'Harry farted in the Range Rover', and other reasons behind the royal rift 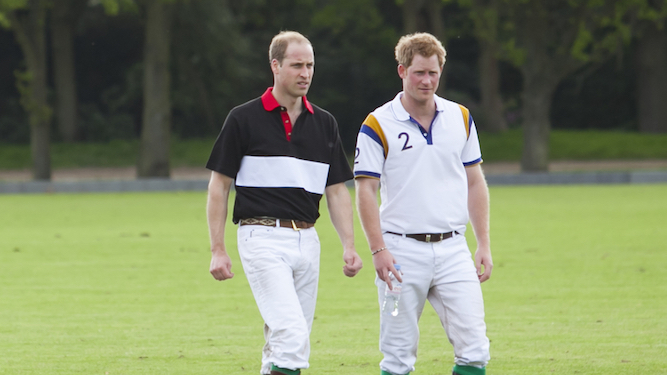 BRITAIN’S future king and his brother are squabbling, with Prince Harry admitting they are on ‘different paths’. But how did blue blood become bad blood?

Harry was in the Army and Meghan is American, leaving both ignorant of good manners. So when Harry broke wind in the Range Rover on the way to Sandringham and playfully blamed it on Kate, reducing her to tears, William found it impossible to forgive. Especially because it really was a tangy one.

To take revenge, Wills would pick up the phone extension in Kensington Palace when Harry was talking and make clicking noises. This fuelled Harry’s paranoia about phone-hacking and resulted in a row where he threatened to shove the 1929 Bakelite rotary phone up his big brother’s posterior, shouting ‘Dial out after that, you baldy bitch’.

A huge fan of soft rock, William is envious of his brother’s close relationship with Elton John because Can You Feel The Love Tonight is his marital lovemaking song. He also confessed that they do it standing up to all 3mins 3secs of I’m Still Standing, and that Meghan would never know that sublime joy.

A long-standing row between whether Cambridge or Sussex is the best county to be Duke of flared into violence when Harry claimed Cambridge is ‘one university and a load of fenland’ and William retorted that Sussex is ‘for gays’. The two eventually agreed that they will have a war between their counties ‘when Granny’s gone’.

Harry has always believed that William is his father’s favourite because he is going to be king, which to be fair is a pretty big reason to lord it over your younger brother. William in turn claims that all Harry’s politically correct views and Obama friendships are a naked attempt to suck up to Daddy.

Royal observers believe the whole row could be a fake cooked up by the brothers so they can each withdraw from family committments, because Meghan is rightly wary of Grandpa Philip and Kate tries to avoid any contact with creepy Uncle Andrew. Thought to be false because neither would mislead the loyal British tabloid press, their great friend.