George Osborne claims to have negotiated second finger of Twix

BRITAIN got two chocolate bars for the price of one following negotiations with a Brussels vending machine, according to George Osborne.

The chancellor has proudly shown off a Twix under a glass cloche while refusing to answer any questions about its wrapper.

He said: “I was stern and resolute as I strode to the machine on the fifth floor of the Willy Brandt building, determined it would not best me again.

“As I saw it was charging one Euro even for a Daim bar I stood my ground, informing it that the British people would not be robbed blind by this unelected monster.

“Reason prevailed and I have returned with two individual bars for my single Euro, which is a fantastic result for Britain.

The government has since issued an official statement denying that Twix, Twirl or Bounty are available in Belgium.

Meanwhile Labour claims that if Ed Miliband were elected his elastic arms could reach up through the hatch and pluck Pom-Bears from the rungs without anyone having to pay a penny.

Jesus had wife who made him get a proper job 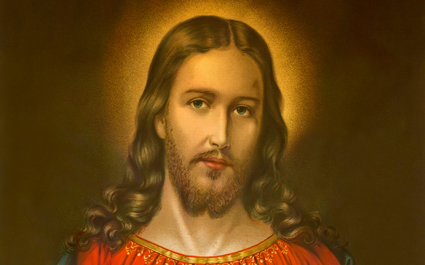 JESUS Christ’s wife Mary Magdalene forced him to get a boring admin job, it has emerged.

Newly unearthed manuscripts describe how Jesus married and had two children with Mary Magdalene, who saw his preaching as a thinly veiled excuse to spend time with his friends.

Bible expert Roy Hobbs said: “Mary rapidly became frustrated with Jesus, and was fond of telling him that he was getting a bit old to be a messiah figure and that he would have been better off asking the money lenders for sponsorship rather than kicking all their stuff over.

“She hated the the disciples and dubbed them ‘the work-shy-ples’, an oft-repeated joke which really grated on Jesus. Mary especially had it in for Peter who had a ‘very gormless face’.”

Eventually Jesus caved in to the pressure, quit preaching full-time and got a job three days a week book-keeping for a local sandal firm.

Hobbs added: “Mary still wasn’t happy and wanted a bigger house with decorative urns. She was particularly annoyed when Jesus turned down the chance for overtime on Sundays, as apparently this was the first time he had said anything about it being a day of rest.”