THE new Star Wars film will be called The Force Awakens rather than simply stating that it features Han Solo.

The choice of title has led to fears that Episode VII will be the fifth Star Wars film in a row that is very, very bad indeed.

Tom Logan, a Jedi from Peterborough, said: “Calling it Star Wars: Han Solo’s In It makes it clear there’s at least one proper character and little or no galactic politics.

“The Force Awakens just underlines the fact that it’s going to be full of old people.”

Logan added: “I would also have accepted Not a Single Fucking Ewok.” 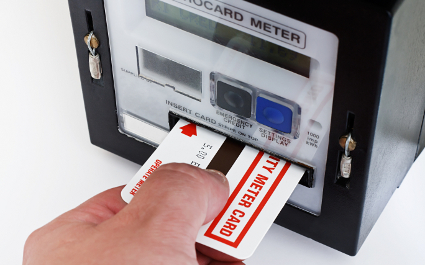 The EU had told Britain that it will install a pre-payment meter for all European services if our £1.7 billion bill is not paid in full.

The meter, which would be situated in Southampton, would pay off the debt while continuing to provide European benefits as long as it is kept topped up.

Chancellor George Osborne said: “It’s operated with a Eurocard which can be charged up over the internet or in a Londis.

“All we have to do is put some money on and we’ve got all the benefits of membership of the world’s largest single market while it slowly counts down to zero.

“And if it runs out before you get paid, if you phone and say there’s children under five in the country Herman van Rompuy will put a tenner on to get through the weekend.”

Tom Booker of Leicester said: “You always pay more for those meters, and what if I need freedom of movement across the EU when it’s my flatmate’s turn to pay and he’s spent the money on weed?

“No, we should say we’ve moved out of Britain without a forwarding address and that there’s different people living here now.”