Government to struggle on without Duncan Smith’s warmth and charm

DAVID Cameron’s government is in crisis after losing its most popular member.

Senior Tories said the resignation of Iain Duncan Smith robs the government of a ‘genuinely nice man’ who the voters saw as a ‘personal friend’.

One source said: “He lights up a room with his smile. His body language is all about cuddles and people are just drawn to him instinctively. He was our greatest political asset.”

Staff at the Department for Work and Pensions sobbed uncontrollably as Duncan Smith announced his resignation. As he left the building members of the public offered him flowers and hugs.

Duncan Smith was Tory leader from 2001 to 2003 but resigned after he became so popular he feared he would create a personality cult that could undermine British democracy.

Voter Tom Logan said: “He’s a lovely bloke and I’m going to send him a nice card. I hope they don’t replace him with some creepy bastard.”

Man who washes car deeply suspicious of man who doesn’t 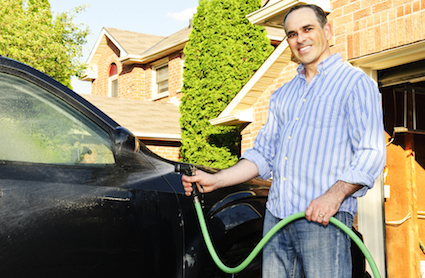 A MAN who hand-washes his car every weekend believes there is something fundamentally wrong with his next-door neighbour, who does not.

Stephen Malley, from Stafford, who spends four hours washing and waxing his Honda Civic each Saturday, says he is still waiting for a ‘smoking gun’ he can take to the police.

He added: “He’s in, he’s not working, and he knows what he should be doing because I’m out here every weekend since 2006 leading by example.

“But it remains unwashed for weeks and weeks, and when he does suddenly come home with it clean I strongly suspect he’s had it valeted.

“Having your car touched by other men. Foreigners, with their hands all over it, doing it for money. That alone proves I have to be on high alert.”

Malley suspects his neighbour is guilty of crimes of including terrorism, sedition, treason, consorting with anti-monarchists and gross moral turpitude.

He added: “You know who wouldn’t bother washing a car? Someone who was planning to blow it up. Who blows cars up? ISIS.”