THE thing women do to their faces which looks like a paint-by-numbers chessboard is called ‘contouring’, it has been confirmed.

The make-up technique, which involves shading in areas of your face as if doing GCSE art homework, is popular with women confident they will only be looked at from one specific angle.

“In practice that means that you paint some bits of your face dark and some light and it does, with very careful preparation, look good in a selfie.

“In real-world conditions, however, it looks like flesh-coloured forest camouflage or something from a Channel 5 documentary.

“We do it because we’re bored. And you’ll say it looks good if you don’t want us to fuck you up.” 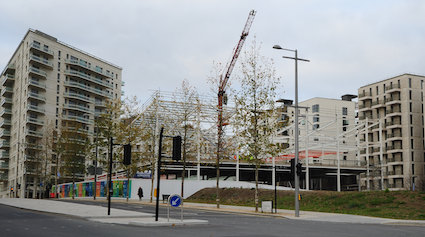 LONDON property prices will plummet because all the rich twats are already there, experts have warned.

As former hospitals, libraries and community centres are bought up and either knocked down or converted into expensive housing, property developers have admitted they overestimated the global supply of gits.

Tom Booker said: “I remember buying my first Bethnal Green orphanage in 2007 and turning it into eight foot by six foot studio apartments starting at £450,000.

“You wouldn’t believe the number of vampiric Trustafarians, junior bankers and wealthy but clueless Spanish Anglophiles I had queuing up for viewings.

“Turns out I’d underestimated the number of people in ordinary jobs earning roughly £26,000 who actually make the world turn.

“So now I’m fucked. Any chance of some sort of bailout? Otherwise I’ll leave the UK and then you’ll be sorry.”