Trump’s running mate to be Wesley Snipes in 'Demolition Man'

DONALD Trump has chosen a character from the 1993 film Demolition Man to be his vice presidential running mate.

Trump said that if he wins the Republican nomination as expected then Simon Phoenix, a life long criminal who has been cryogenically frozen since 1992, will be unfrozen in late July.

The candidate added: “He will be hard on Mexicans, Muslims and the Chinese. But he’ll also be very good on Twitter.

“And Wesley Snipes has assured me that Simon Phoenix is black, which takes care of all that diversity crap.”

He added: “I drew up a short list including The Man with No Name, Sonny Corleone from The Godfather, Dr Octopus from Spider-Man 2 and Sarah Palin. But Simon Phoenix is the only one I would trust with my life.”

He added: “We’re going to win even if the Democrats somehow manage to unfreeze Sylvester Stallone’s character from Demolition Man.”

Ben Nevis will wake up if Irn Bru is taxed 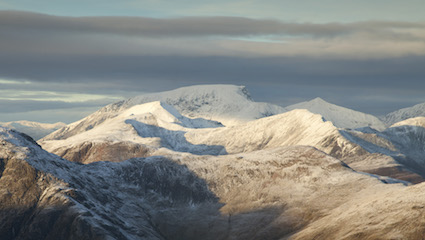 BEN Nevis will awake and wreak terrible vengeance on England if Irn Bru is taxed, geologists have confirmed.

The mountain, which has grown a metre since Wednesday’s budget, is expected to draw itself up to its full 6,000m height and stagger south to London if any further threats are made to Scotland’s lifeblood.

Geologist Roy Hobbs said: “Ben Nevis is not dead, only sleeping, and has promised to awaken if Scotland’s heritage is ever menaced.

“Oddly, that’s not happened with various massacres or the last three centuries of subjugation to English rule, but will trigger if there’s an 8p-per-can tax on Irn Bru.

“Current theories are that the mountain is sleeping off a tectonic hangover and wants to be sure there’s plenty of rusty orange restorative for when it wakes up, but nobody knows for sure.”

He added: “Just in case, I’d advise the Chancellor away from any tax on Tunnock’s Teacakes, Tennant’s Super obviously, shortbread or the Glaswegian ‘munchy box’.”