DIE-HARD Remain supporters have become just as hellish and unbearable as their Brexit counterparts, it has emerged.

Pro-EU obsessives have followed the example of fanatical Brexiters in becoming a weird, angry cult that nobody wants to associate with.

Self-described ‘Remainiac’ Joanna Kramer said: “I got a ‘We Are The 48%’ face tattoo and told all my friends who didn’t vote Lib Dem that they deserve to be cast into a snake pit.”

Fellow Remain partisan Stephen Malley said: “I like to tell everyone that the referendum was only advisory, which is definitely what I would have been saying if we’d won.

“Also, I might want to live in Barcelona one day, and leaving the EU will make that significantly harder and more expensive. So it’s absolutely vital I tell Brexit supporters that they are deluded yokels who don’t deserve the vote.”

Malley’s friend Nikki Hollis said: “I voted Remain, and I think Brexit will be a disaster, but we lost and I respect the democratic process. Although, if it pisses Stephen off this much, it can’t be all bad.”

Prince George intends to become king 'as quickly as possible' 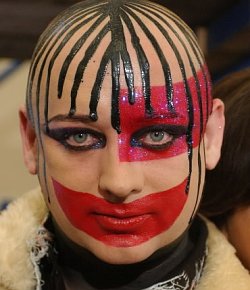 PRINCE George has declared his intention to become king as soon as possible and by any means necessary.

The third in line to the throne, who turned four this week, has warned he will remove any obstacle to his coronation and stressed that he is ‘not dicking about’.

Prince George said: “William’s a nice guy, sure, but he’s not built for this shit. I’m hungry. Catherine keeps trying to make me take naps, but I always say ‘I’ll sleep when I’m dead’.

“At the end of the day, I’m not here to make friends. Charlotte’s just lucky she’s younger than me.”

A Palace insider said: “I found another little wooden train from Harrod’s at the top of the stairs yesterday – that’s 18 this week. It’s just lucky the little prince hasn’t stood on any of them.

“Thankfully he’s not in the immediate vicinity when I or anyone else finds them.”