THE bookshelf of Sir Iain Duncan Smith has a full run of British pornographic magazine Fiesta hand-bound in leather, photos have confirmed.

The former Conservative leader and samurai was interviewed for ITN in front of a bookshelf proudly displaying the bound volumes, which constitute a full run of the magazine since 1966.

He said: “Yes, I’ve got them all. I think of it more as a historical archive than a collection. I’m planning to leave it to the Bodleian Library.

“My interest began as a young man – and I still have the copy I found in a hedge in our country estate, tattered and torn as it was – and only burgeoned once I realised how central Fiesta is to our culture. Did you know they invented Readers’ Wives?

“I’ve hunted them down over the years, finally completed the set, and had them bound in calfskin for the library here at our 17th-century Buckinghamshire manor house.

“Many’s the evening I put on my white cotton gloves and have a flick through them. A bit better than the Gove’s pretentious political bookshelves, isn’t it?”

A stung Michael Gove countered by claiming he has a framed canvas-effect print of a seminal 1988 Razzle stack over the fireplace in his drawing room.

Dog going to sniff so many arses when this is over 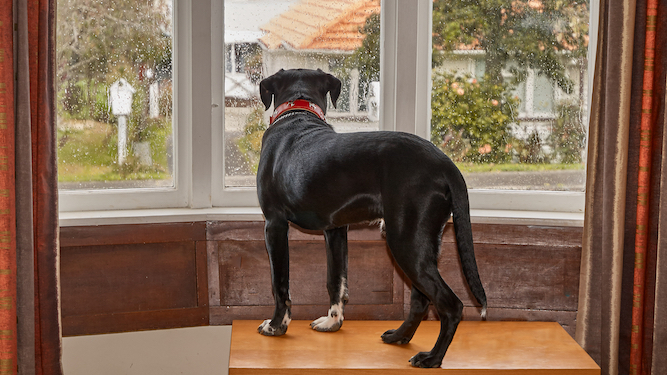 A ROTTWEILER has confirmed that he is going to go out there and sniff so much bottom once this whole crisis is over.

Six-year-old Tom Booker admits that he had taken his olfactory freedom for granted until now and when the time comes will really appreciate getting his nose right in there again.

Booker, up on his hind legs panting at the front window, continued: “I can’t wait. I’m going to block out my calendar and go nuts.

“That first day at the park is going to be three hours of non-stop chuff-huffing. There’ll be Dalmatians, Alsatians and those ones with fur that looks like string – and they’re all getting it.

“The rich variety of canine life will open itself up to my hungry nose once again. Yes old friends, like the two Staffies and that Pomeranian whose bumhole I’d catch the scent of every Thursday outside the Spar.

“But also so many new arses. Arses I can only dream of locked in here. All the arses I regret never sniffing when I had the chance, and a galaxy of new ones.”

He added: “Why my owner isn’t more into this I’ll never know. Her loss.”