Five people you'll regret including in your social bubble

A RELAXATION of social distancing will give everyone a social bubble of a maximum ten people they are allowed to see. Which will you regret?

They’ve been easy to miss when they’re only on the phone, but six weeks of separation hasn’t begun to clear the issues that have been festering between you since your birth. They’ll come roaring back along with poisonous, strings-attached offers of sandwiches, laundry and blessed childcare.

Playing with kids is awful, so it’s tempting to add a young playmate and their parents to your bubble. But once they’re in there’s no way out so think seriously about the consequences of socialising with people you cannot simply tell to go f**k themselves.

The person you were ready to bone before lockdown

The world has moved on and you’ve both had so many virtual flings since that you’ll have sex it once and immediately move on. However now they’re in your bubble they can’t leave so they meet your parents anyway.

The colleague who gives good Zoom

You’ve had great remote banter with that co-worker so why not invite them round and commit to their company for the next few months? Until you realise why everyone else keeps them at arm’s length and you’re forced to fake a case of the ‘rona just to end contact.

The neighbour with a pub in his garage

Why not? It’s the only pub you’re going to, after all. Then after three pints of warm, pissy lager while realising it’s more garage than pub, he gets his collection of swords out and begins talking you through his journey to white nationalism. 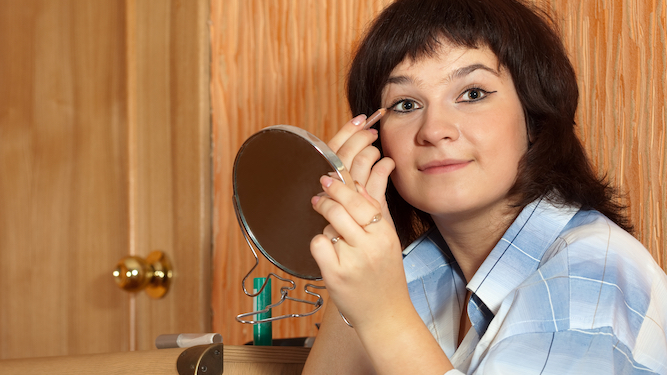 A WOMAN about to have her first virtual date has realised that she cannot remember how to do that make-up thing she used to do.

Eleanor Shaw has spent most of the day fighting with various shiny objects living in a magic bag she found in her bathroom, but their function or even their names are a distant memory.

Shaw explained: “I have a vague impression that this didn’t used to be my face. And that the objects in this bag somehow helped me make a different face that I had on every day. Is that weird?

“I would try watching an online makeup tutorial, but I do still have a very clear recollection that those made me want to puke.

“I’ve opened the red stick thing and used it to give myself fun red eyebrows, which I’m sure Dan from Leicester will appreciate over FaceTime, and the scratchy black paint is perfect for drawing on a beard. It’s great, I look like Justin Trudeau!

“Now all I need is to figure out how clothes are and who my shower wants and I’ll be all ready for Dan. He’s lucky to have me.”