THE government has confirmed they have contingency plans in place in case Boris Johnson begins making good decisions.

An source said: “We have a duty to consider every eventuality. Even one-in-a-million cases like Boris getting it right.

“The country is so used to Johnson’s ineptitude that it would spark massive social unrest if he randomly started outlining practical, beneficial action. There would be riots within the hour.

“We’ve implanted a biochip that can override his motor functions and replace his speech with a random selection of ‘umm-err’, ‘Crikey!’ and ‘British get-up-and-go’, which should give us time to rush him away.

“We realised we had to be prepared when he started praising doctors and nurses for saving his life and employed a team psychologists and Tory-voting bigots on 24-hour standby, watching for any sign of good judgment.

“We can have him tranquilised and removed to an MI5 black site within an hour if he even hints at delaying Brexit. Pray God we don’t have to.”

Do not reply to any email for 14 days: the post-lockdown workplace rules 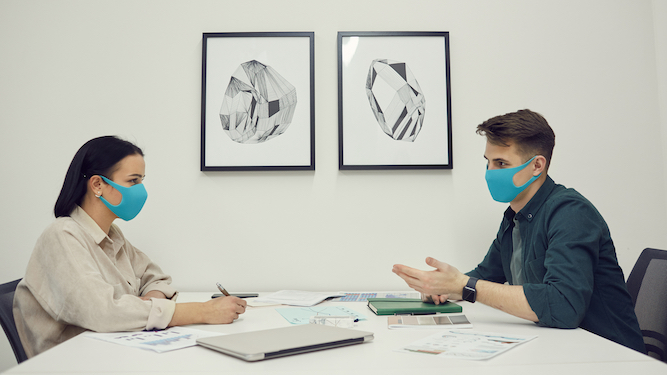 THE prime minister has unveiled the post-lockdown rules which will allow Britain to return safely to work. Will you be able to follow them?

Scientists say the coronavirus can’t be passed on via work emails, but science is conflicted in so many areas so why take chances? Once an email arrives, move it into a special quarantine folder for 14 days before replying. Report anyone who challenges this to HR.

Never letting anyone touch your pen

Giving official government weight to what’s been office policy for years, if anyone attempts to touch your special pen or your personal mug you are now authorised simply to stand up, leave the office and refuse to come back until the offender is fired and their pension voided.

Staggered shifts means that compliance, accounts and all the other teams that nobody gets on with will now be on the 10pm-6pm shift. And, like manual workers on nights, they will do no work at all.

Traditional office cubicles will be turned into opaque COVID-19 survival pods containing a fortnight’s food and water which can be locked from the inside. Boss demanding to know why you’re ignoring his emails? Hit the button.

Do not attempt to fix the printer

If the printer isn’t working, make no attempt to fix it yourself. It could be fizzing with virus. Either call IT to do it then hide, because come on there’s no way they’re not infected just look at them, or ask Jamie who sits next to the printer to do it then swab him down with disinfectant wipes.

Monitor any and all coughing