IDIOT voters, pundits and broadcasters are still referring to the prime minister as ‘Boris’ as if he were a cuddly children’s toy not a neo-fascist monster.

Johnson has faced accusations of being an unprincipled liar, racist, coward, lawbreaker, groper. philanderer, blusterer and misappropriator of public funds whose dog would make a better leader.

And yet literally millions of people who should know better continue to address him as ‘Boris’ as if he was a much-loved children’s character like Paddington fucking Bear.

Mary Fisher, of recently-formed pressure group Stop Calling The Twat Boris, said: “As a nation, we need to shove ourselves against the walls by the lapels and slap ourselves hard in the face.

“Every time you call this ruinous, toxic, tousled lump of suet ‘Boris’, we inch further towards being an offshore tax haven and slave colony run for the benefit of Boris, Jonty, Tarquers, Cobbo, Annunziata and the rest of them.

“Stop it with this infantile, smirking, whimsical bollocks. This isn’t a Have I Got News For You episode. This is reality.

“As for ‘BoJo’, piss off all the way to hell. He didn’t win the bloody heptathlon. He’s a psychotic, egomaniacal, hellbound disaster capitalist.”

Builder claims catcalling women on street is his 'private life' 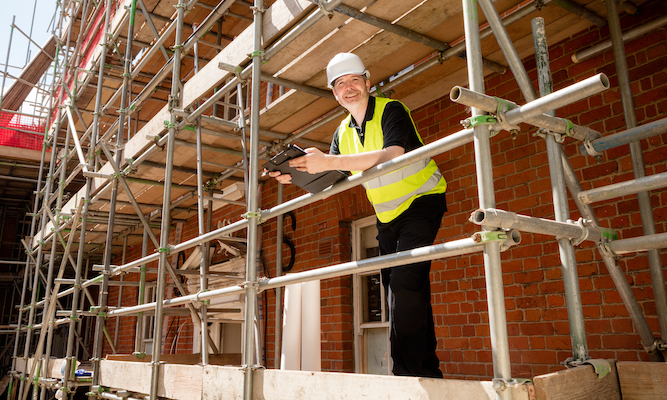 A BUILDER has followed Boris Johnson’s example by defending sexually harassing women in public as part of his private life.

49-year-old Wayne Hayes claims standing on scaffolding shouting ‘Oi, big tits’ at passers-by is none of the public’s business, providing he does it during his breaks or lunch hour.

He continued: “Bozza squeezed that bird’s thigh at dinner. I shout ‘Come on, love, give us a smile’ and then when they look up ask if they want to suck my dirty cock. We’re both red-blooded males doing nothing wrong.

“Like that other politician said, how do you know your advances aren’t welcome until you’ve made them? Just because 20 years of yelling abuse hasn’t got me a single shag doesn’t mean it won’t work one day.

“And just because I choose to use my position in public to do so, it doesn’t mean other people can make negative judgements about me. My private life is private, even if I like to conduct it while standing above a busy street with the crack of my arse showing.

“Boris and I are very alike. I too would have banged that Yank lass even if she is a bit ropey. He’s a man of the people.”

Fellow builder Tom Logan said: “If I could push Wayne off this roof without getting caught, believe me I would.”