It took six months and a lot of work but we’ve caved completely, says David Davis

BREXIT minister David Davis has proudly told Britain that after six months of tough negotiating he has given in to every single one of the EU’s demands.

Davis, who turned up to negotiations in June with a blank notepad and a hopeful expression, promised that nobody could have fought harder or achieved less than he did.

He continued: “From the first day, when I conceded that negotiations would proceed exactly as the EU had decided and then spent months trying to reverse that, I have been massively out of my depth.

“And, finally, after battling through our own reality-denying pigheadness, we have achieved what we could have achieved on day one by capitulating utterly.

“Now we have caved on the divorce bill, look forward to me caving on EU citizens’ rights and Northern Ireland in short order.” 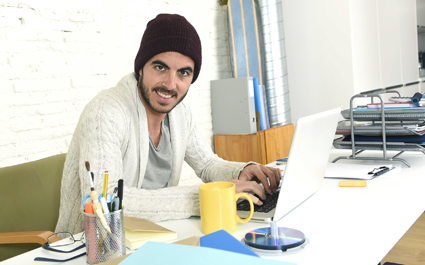 A MAN with some sort of job at a TV company instantly confirms your worst prejudices about media arseholes, it has emerged.

Anyone who meets Tom Booker quickly discovers he is an arrogant, coked-up prick who works on tacky, exploitative programmes he somehow thinks are important.

Teacher Nikki Hollis said: “I met Tom at a party where he droned on about some awful-sounding show called Bisexual on Benefits while blatantly looking around for someone more important to talk to.

“He also claimed he was best mates with Ray Winstone, but it turned out he just got him a sandwich while he was doing a voiceover for a piles cream advert.

“Thankfully he went off to do some ‘prang’ in the toilet with someone called Nez who he described as ‘the fucking genius at Blue Aardvark’, whatever that means.”

Acquaintance Wayne Hayes said: “Tom acts as if he’s a big name in the TV industry but then you realise he just works on generic toss like Vagina Clinic and Help! I Need An Extension.

“He wears a retro Adidas top, eyeball-scorching trainers, ripped jeans and a trilby to work. What more do you need to know?”

Booker said: “Did I tell you we’ve got Nick Grimshaw on board for E4’s Young, Free and Living with STDs? He’s a fucking genius.”