Couple pathetically claim to be 'into hotels'

A COUPLE have made the sickening claim that their hobby is staying in expensive hotels.

Julian and Naomi Cook have told friend that paying upwards of £300 to sleep in a room with deep carpets and a large window is the single activity in which they are most interested.

“But it’s not like we just raid the mini-bar, watch a Gerard Butler film on pay-per-view then crash out. We carefully ‘research’ the hotels in books like Martin Bomfay’s Pretentious Escapes 2017.

Friend Tom Booker said: “What do they do when they visit the Hotel du Romance, just stay in looking at the Queen Anne chairs and oil paintings of wine? Do they have a shower and say ‘Ah, that was well worth £80?’

“It’s like getting a taxi just for the experience of being in a taxi. Even if it had oak love seats and an antique stained-glass screen between you and the driver, it would still be a fucking taxi.” 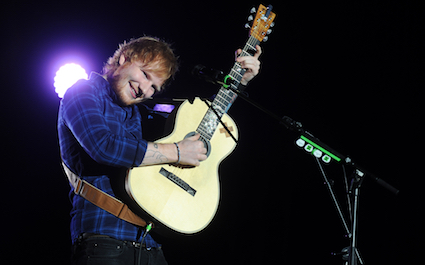 THE decision not to give Ed Sheeran a music award could be the dawning of a new age of human sanity, scientists have confirmed.

Researchers believe that Sheeran’s lack of Grammy nominations is a small but vital step in terms of evolutionary development that will steer humanity away from its recent course of absolute batshit craziness.

Professor Henry Brubaker of the Institute for Studies said: “Much like a frog that stays in increasingly hot water until it is boiled alive, the world has become mental at such a slow pace that we have come to accept as normal that a bland munchkin such as Ed Sheeran could be an award-winning sex symbol.

“However, there are clearly some enlightened minds at the Grammy’s, as they have realised that lauding the person who inflicted Galway Girl on the world will only further stoke the fires of our collective lunacy.

“In a world that faces multiple, self-inflicted threats from ridiculous things that have somehow come to be acceptable, this is merely a drop in the ocean. But we must recognise these small victories as stepping stones to a less wackjob bananas global civilisation.

“Well done, humanity. You may yet save yourselves.”