BREXIT supporters are celebrating while desperately trying to ignore all evidence that they are idiots.

Leave voters’ joy at leaving the EU has been tempered by nagging doubts that they may have done something quite stupid and people will be very angry with them.

Sales manager Wayne Hayes said: “I’m delighted Brexit is going ahead, but also a bit worried all my neighbours will lose their jobs and lock me in my shed and set fire to it.

“I’ll still be cracking open the champagne tonight, though. I need a drink to stop worrying about a recession and me having to scratch a living washing cars at traffic lights.”

Hairdresser Mary Fisher said: “If I have doubts I just keep saying ‘We’re taking back control!’ to myself to block out negative thoughts like ‘Shit, that shopping was expensive’.

“However it does worry me that all the Brexit politicians turned out to be self-serving toerags and David Frost looks like the kind of middle-manager who headbutts you when you’ve cut up his Audi.” 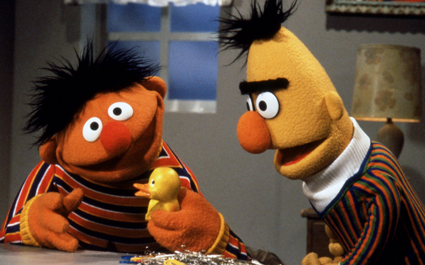 After the introduction of an autistic character, the show felt it should also represent the Americans who believe Obama was worse than Hitler and own assault rifles.

A spokesman said: “Jimmy the Conspiracy Crab is a muppet in a Trump baseball cap who tells Elmo the Muslims are planning to kill him while he sleeps.

“He’s violently opposed to any form of gun control and at one point almost blows Big Bird’s head off with an AR-15 assault rifle because he forgot to put the safety catch on and got his claw caught in the trigger guard.

“In another episode he stands outside Bert and Ernie’s apartment for hours with a megaphone berating them as perverted homosexuals who will perish in a lake of liquid fire.

“However that’s fairly mild in comparison to his song about the Holocaust being a hoax.”