ALMOST 80 per cent of Labour MPs have applied to change their name to Eric Pickles, it has emerged.

The MPs, who are also dressing, talking and voting exactly as the communities secretary does, believe that only becoming Pickles will persuade the electorate to vote for them again.

“We are Pickles. We are legion.”

Floating voter Susan Traherne said: “The Tories have the original Eric Pickles, but there’s only one of him.

“This magnificent army of Pickleses, or perhaps the plural is Picklii, is what the country needs.

“If Cameron was a proper Conservative, he’d already be Eric Pickles. The fact he isn’t speaks volumes.” 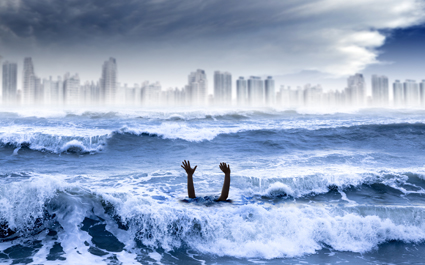 THE protracted tale of Christian Benteke’s move to Liverpool has ended with the death of the transfer gods and the immersion of the world in water.

Thousands of words were written to describe the seemingly endless story, which saw the Aston Villa man move to Anfield for £32.5 million while a great battle raged in the heavens, as prophesied by seers long ago.

Among the casualties were Dundeal, god of the January window, Medikal, god of last-minute complications, and Faksmashyn, the much-despised god of communications, who all perished battling the ice giants before the world sank beneath the waves.

Saga expert Joseph Turner said: “The tale of the hero who must decide whether to move to Liverpool, Arsenal or Manchester United is one the great, enduring motifs of our times.

“Benteke’s tragic destiny has been to cause the end of the world, which will be a blow for Liverpool’s hopes of getting back in the Champions League.”

Turner added that the cyclical nature of time meant that the entire saga could be repeated all over again for David de Gea’s move to Real Madrid.