NICK Clegg has pledged to raise the amount of semen coating the inside of Britain's tube socks by at least a fifth.

The Lib Dem leader said the UK economy had become over reliant on financial services at the expense of ejaculating all over your thighs in front of a flickering TV screen at three o'clock in the morning.

He added: "I want to live in a country filled with randy middle-aged women in too much make-up who just want to suck me all day long.

"I want to live in a country where people treat each other with respect while at all times retaining the inalienable right to be treated like the filthy bitches they are."

Clegg has also commissioned Lib Dem candidate Anna Arrowsmith to develop ideas on how Britain can cover its tits with soap and take it up the dirt box until it barks like a dog.

Ms Arrowsmith, the candidate for Gravesham in Kent, has become a major ideological force within the party after pioneering the concept of Liberal Democrat pornography in the late 1990s.

Her work led to the party's flagship policy of scrapping income tax on the first £10,000 you earn from delivering a pizza or fixing a leaky pipe only to end up having hard sex on top of a tumble drier.

"That was the one where Vince Cable finally has his day of reckoning with a broom handle covered in creme fraiche." 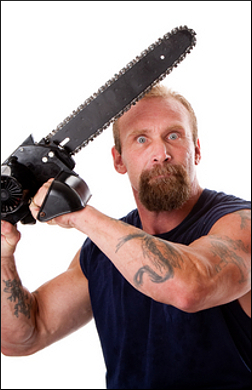 Eleven year-old Kyle Stephenson said: "There's a bit where someone gets their arm cut off by a deformed hillbilly with a rusty scalpel. You would expect them to be made to eat it, or beaten with it until their brains come out.

"But no, they just sit there haemorrhaging until they die. Death Factory is gay times infinity."

He added: "Nathan Muir in 4C has got a DVD of some drug dealers in a hot country being executed with machine guns. It's quite good, although it's still essentially boring.'

"Although I don't know how to spell it, the word for what I am is 'desensitised'."

Muir added: "Death Factory has minimal eyeball-gouging and they don't even have anyone eating their own insides. Basically, massive fail.

"I have already downloaded and watched the next 26 Saw and Hostel films, partly in the hope that it might somehow result in my parents going to prison so I can sit at home eating crisps until I puke.

"I've watched so much extreme violence that technically I should be a serial killer by now. But actually, I'm just quite annoying."