THE Liberal Democrats have confirmed plans to get a relative to set up a website for them.

The party has approached 14-year-old Martin Bishop, who is doing computers at school, to build a site that will feature news, photo galleries and a colourful Liberal Democrats logo that moves diagonally across the screen.

A spokesman said: “Websites are all the rage and I’m confident that this will take us to the next level. It’s going to look really professional.

“It’s even going to have one of those counters at the bottom of the screen that shows you how many visitors or ‘users’ you’ve had. I’ve no idea how they know that, it’s like magic really.”

The website currently has a budget of £45 although Martin has been promised another £10 if he also sets the party up with a Facebook page.

The spokesman added: “We put up our policies and people either ‘like’ them or they don’t. It’s a game changer.

“We’re not so sure on Twitter, so if anyone knows any of those online videos that show you how to set one up, please email it to Martin so he can have a look and get the ball rolling. He’s very bright so I’m sure he’ll pick it up.”

Another old white man preparing to judge everyone 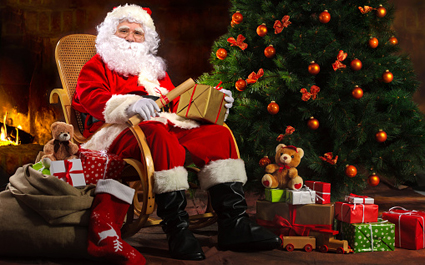 AN OLD, white, powerful man is preparing to decide whether you have behaved in a fashion he deems appropriate.

The mysterious ‘international gift-giver’, who is a billionaire from running an overnight courier firm, will decide whether the entire population has been good or evil. Those who have stuck to his rules, which have never been clearly defined, receive rewards.

However anti-Christmas activist Mary Fisher said: “This guy projects a cuddly image but is an egomaniacal freak who breaks into people’s homes and eats their biscuits, while surrounding himself with a cabal of green-clad yes men who are all shorter than him.

“Who is he to say if I’ve been good? I’ve been having an affair with my brother-in-law for several years but I also volunteer at the local homeless shelter. Am I naughty or nice?

“By labelling children as ‘bad’ and denying them gifts, he crushes their pride and sets them on the path to organised crime.

“Some people don’t believe he exists, but if 2016 has proved anything, it’s that things that seem like they have sprung from the mind of a clown on crystal meth do come true.”