LABOUR leadership candidate Liz Kendall is beginning to wonder if aspiration is less effective than she had thought.

Kendall, tenaciously fighting for last place in a field of unparalleled unpopularity, has always firmly believed in the power of aspiration and hard work but is now wondering if she was an idiot all along.

She said: “I have always believed that if you dare to dream, if you put yourself out there and take risks, then you may take knocks but you will be rewarded.

“That’s my vision for the Labour party, and it’s a vision that I’ve come to realise is grievously flawed.

“It turns out that a lifetime’s aspiring isn’t worth shit when the members are going gaga about a lost CND Doctor Who who won’t shop at M&S for reasons of class war.

“Aspiring – or deciding you’d like something, as non-wankers call it – does absolutely shit all for your actual prospects.

“Thank God I won’t become prime minister, because clearly I had it all wrong.”

Roy Hobbs said: “I aspire to the life of Hugh Hefner, which has made no difference to my reality in a Sunderland bedsit with occasional cash-in-hand work exterminating rats.”

Man’s greatest ambition is to have thicker arms 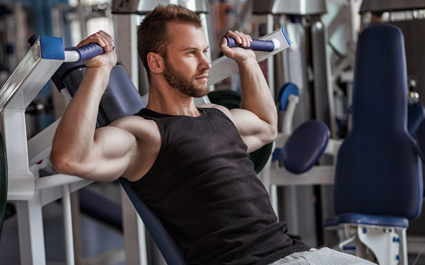 A 28-YEAR-OLD man has admitted he wants nothing more from life than to have thicker arms.

Sales co-ordinator Stephen Malley considers increasing his arm girth by lifting weights up and down to represent his ultimate goal on Earth.

He said: “I’m not really excited by the idea of inventing something, writing a book, rescuing people from a burning building or even just being a generally good person.

“My life is more about using a mixture of free weights and exercise machines to make my biceps and triceps bigger.

“Then when I look back on life as an old man, I can say that I achieved thick arms.

“I wore a tight t-shirt to show them off, and occasionally women asked to touch them.”

Personal trainer Norman Steele said: “While I agree that having big arms is a noble life goal, we still need to learn from the great philosophers.

“As Confucius wrote, ‘On the path to big arms, a man must not skip legs day’.”