Carillion collapse means we'll be cranking up the old austerity again, says May

THE prime minister has confirmed that the Carillion collapse means she will have to give the austerity lever a few more good hard pulls.

May has told Britain that the billions in liabilities can only be covered by cranking the iron wheel of austerity, housed in the tunnels below Downing Street, higher than it has ever been cranked before.

She added: “Sorry, everyone. It’s not up to me.

“I’m afraid when you elect a government as committed to its principles as this one, there are very few solutions available when something goes wrong. Only one in fact.

“The chains are getting tight, but I’m pretty confident they’re not near breaking point yet. They took more pressure than this in the Victorian era and nobody got hurt.

“Don’t forget, it’s all for your own good. Once we’ve cleared the deficit and negotiated a red, white and blue Brexit we’ll all be on easy street.

“It’s all just around the corner. There’s just that little bit more austerity to get through first.” 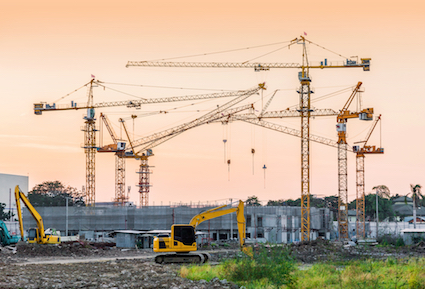 THE government has confirmed there is absolutely nothing it can do to save non-London-based industries.

Amid the prospect of thousands of redundancies, prime minister Theresa May said he wishes there was something she could do.

She added: “Tragically, these industries have been hit by a perfect storm of operating largely in the provinces and not being financial services.

“If only these workers produced something useful, like insurance derivatives supported by credit default swaps, then we’d gladly go billions into debt for them.

“But building hospitals? What are they even for?”