Man distrusts all politicians unless they're right-wing bastards

A MAN who claims all politicians are crooks and liars trusts them implicitly if they are right-wing, it has emerged.

IT manager Martin Bishop’s cynicism about politicians magically disappears if they share his views on issues like immigration, lazy public sector workers and the EU being a sort of mafia.

Bishop said: “The promises they make aren’t worth a bloody thing. Apart from all the ones who backed Brexit, who you can believe in 100 per cent.

“They’ve all got their snouts in the trough, apart from businessmen like Trump who you can trust in power because of all the money they’ve made in the private sector.

“People say the Brexit promises about Turkey joining the EU and the £350 million for the NHS wasn’t true, but it wasn’t meant to be taken literally. It was more of a metaphor.

“Every single one of them is nothing but a filthy, dirty liar. Thank God we’ve got good men like Boris and Nigel keeping them honest.” 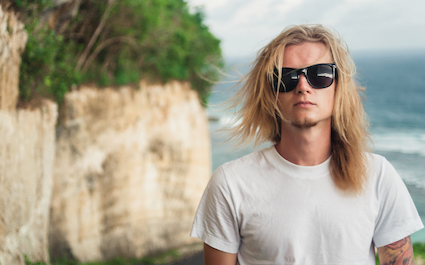 A ‘LUCKY’ surfer has been rescued after surviving almost a full week in a soul-destroying position in an insurance office.

Jules Cook, aged 22, was rescued on Friday lunchtime after spending a harrowing 32 hours adrift in a world actively hostile to him and his ambitions.

He said: “For the first few hours my boarding lifestyle was still in sight, but then the currents of data entry carried me away and I was lost, without a landmark anywhere.

“I clung onto the Mr Zog’s Sex Wax sticker I’d put on my monitor, but by the end of the fourth day I admit there were times I felt it would be better to die.

“When I saw that VW campervan pull up when I was walking to Pret, full of dudes telling me to sack off my bullshit job, at first I thought I was hallucinating. Then it sank in: I’d been saved.”

Cook has spent the last three days recovering in Cornwall but admits he remains traumatised by his ordeal and has difficulty sleeping in the afternoons.

He added: “I can’t even look at an office building, let alone go in one. Never again.”