A MAN who has spent three years ranting about Brexit is not planning to vote on December 12th if it is cold that day.

Norman Steele, aged 52, has droned on about Brexit in the pub, at work and at home, but admitted that he is not braving icy conditions just to do something as unimportant as voting.

Barmaid Nikki Hollis said: “I feel this is a betrayal of the 200 or so hours I have spent listening to his tedium about ‘Eurocrats’ and the fishing industry.

“You’d think he’d be champing at the bit to help Boris Johnson, or even the Brexit Party, but he’s made it clear he will not be walking 300 metres to the local primary school if he has to put a scarf on.

“Does three years of fury about the EU-SSR mean nothing? I’m starting to think Brexit is just some sort of weird role-play.”

Steele said: “They say it could be below freezing, so I may not be voting to throw off the yoke of oppression that has completely ruined my life since 1975.

“I don’t get on with the cold. Really I should move to Spain, but for now I’m just going to be staying right here cosy by the radiator.

“Did I actually vote in the referendum? I think so. Or was it raining that day?”

Five unlikely things Labour is to blame for 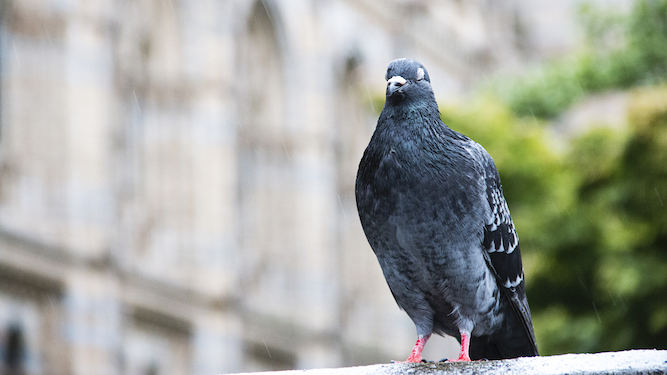 THE Tories have used the ‘Trump playbook’ to put the blame for last week’s terror attack on Labour. What else can they implausibly pin on them?

Before Clement Attlee’s Labour government of 1945, there was no rain in Britain. He and his socialist buddies introduced it purely to spite the upper classes, and Corbyn is likely to increase rain levels still further out of class envy toward people with expensive gas-fired barbecues.

The financial crisis of 2008

Labour was directly responsible for the crash of 2008, first because they were in power so must be, second because they were giving mortgages to American deadbeat crack addicts. The scam was masterminded by Gordon Brown, who used the profits to buy a 250-room solid gold castle in Glasgow.

Whenever you buy some tedious item like a plug adapter, you’re guaranteed a battle with clamshell packaging that forces you to blunt your scissors and leaves you with lethally sharp plastic edges to slash your fingers on. Want to know which f**ker invented it? Tony b*stard Blair.

These aerial sh*tting machines were genetically engineered by demented Labour scientists in their genetic laboratory in Millbank, where they also grew Ed Miliband in a giant test tube.