GEORGE Osborne has told anti-austerity protestors to knock themselves out when it comes to marching.

The chancellor said: “I was in my office on Saturday, putting the finishing touches to my £12bn welfare cuts Excel spreadsheet, when I looked up to see 250,000 people stomping about outside.

“Call me old fashioned, but I can’t see the point of walking around in the rain to try and stop someone – in this case, me – doing something they’re definitely going to do anyway. However, if people are into it, then who am I to stand in their way?

Osborne added: “For future reference, the one thing about marching that I am bang into is the humourous placards. I’m an absolute sod for a funny sign, so I specifically waited till Sunday to announce the cuts, just in case I spotted a cracker on Saturday, and decided to change my mind.

“Unfortunately, the best on offer was one of me as Leonardo DiCaprio with the slogan, ‘The Wolf of Downing Street’. That’s just shit.

“But the main reason I’m doing this is to make Charlotte Church unhappy. She knows why.”

Social media is the new CB radio, says your dad 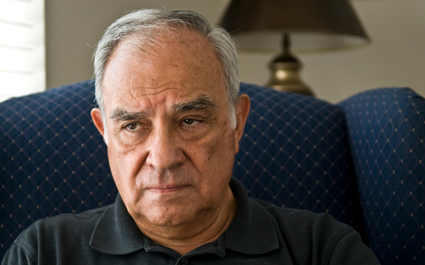 ALL forms of internet communication will become as obsolete as saying ’10-4, good buddy’, your Dad has confirmed.

While you may well look at him like that, your Dad has confirmed that he has considerably more experience of life than you do, and back when people had proper jobs, too.

Your Dad said, “I have seen it all before. I remember when everyone was up in arms about getting Citizens Band radio made legal. It was going to create a new social network that would change Britain. But after two months of daft people saying ‘I copy that, rubberduck. Smokie is at the Knutsford Services’ it all died a death. This Twitter will be just the same.

“Telexes, they were another one. Fax machines, what happened to those? Ceefax?”

He added: “No, it’s all just another silly fad. You mark my words, in five years the car boot fairs will be full of big piles of this Internet. And nobody will want it. They’ll just walk right past and buy some bedding plants and a toasted sandwich maker that only needs a new plug on it and it will be as good as new.”

Your Dad was happy to admit he has no idea what Google means, nor does he wish to.

“If you can’t fix a thing yourself with an adjustable wrench and some 3-in-1 oil it’s just a big fiddle.”