THE prime minister has demanded a TV Brexit debate so she can repeat the same six meaningless platitudes while visibly panicked.

May will go head-to-head with Jeremy Corbyn in order to display how deeply uncomfortable she is with all forms of human interaction.

A Downing Street source said: “We feel the public stopped listening to Theresa saying the same six things in blank response some time ago, so they might not have noticed that one of them has changed.

“A TV debate, which she will begin with a fixed grimace swiftly supplanted by rising dread, will let her say all the usuals and her new claim that Labour should put politics aside and back her Brexit for the good of the Tory party.

“By 45 minutes in she’ll just be stuttering ‘I’ve been very clear,’ without ever clarifying what she’s been clear about and shouting ‘You’re from Venezuela!’ at Corbyn, who’ll take it as a compliment.

“It’s a bold and brilliant plan. But what else would you expect from the unerring instincts of Theresa May?”

Corbyn said: “If I just explain communism to everyone properly they’ll love it.” 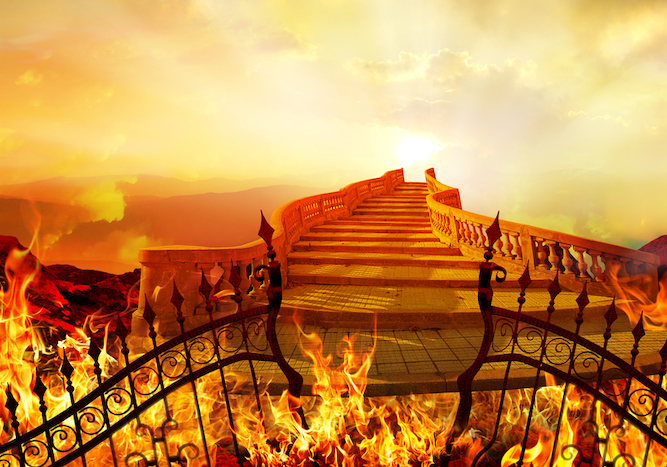 THE office Christmas party has been booked for the third circle of hell this year, Marie from accounts has announced.

The all-office email says that most Earthly venues were booked up or asking ridiculous amounts, but that the underworld offered a sit-down meal and disco afterwards on just the right date for a very reasonable price.

The email continued: “I’ve never been before but it’s got some very famous patrons (Judas, Hitler, Satan himself!) and they’ve got vegetarian options which are apparently important to some people.

“All the food’s flame-grilled on the eternal burning souls of the damned – sounds delicious! – and there’s a Michael Jackson impersonator then Saturday Night Fever 70s disco. Let’s all have a great time!!!”

Colleague Martin Bishop said: “I mean at least we know it’s in hell. Like the whole ‘abandon hope’ thing’s literally on the door as you go in.

“And apparently there’s a great strip club right next door in the second circle with Helen of Troy and Cleopatra and Mata Hari, so it saves on an Uber.”