May dumps Brexit paperwork on Corbyn’s doorstep and legs it

JEREMY Corbyn has been given all the government’s Brexit paperwork and is now responsible for the whole thing.

Theresa May tipped nine boxes of key documents over the Labour leader’s garden gate before climbing back into a hired van and ordering Philip Hammond to ‘fucking go’.

Corbyn said: “I did hear a noise but assumed it was just hedgehogs, who I feed without expecting anything in return because I believe in society.

“But there’s paperwork all over the garden, floating in the pond, tangled in my rambling rose, in a hell of a state.

“I don’t know how to do all this. I’m going to take it down to Citizen’s Advice and get them to help me with it. What happens if we miss the deadline?”

An EU spokesman said: “For the love of God, will you please sort your fucking selves out?”

It's very hard for us not to be racist, Tory MPs tell Britain 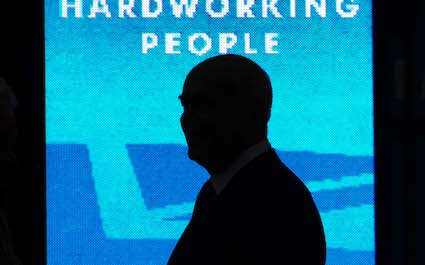 TORY MPs have pleaded for understanding as they struggle to overcome their debilitating problem of being unintentionally racist.

Following the suspension of Anne Morris, MP for Newton Abbot, for the use of a racist metaphor that was completely beyond her control, more Tory MPs have bravely admitted their own issues.

Backbencher Denys Finch-Hatton said: “If you’re not born like this it must be easy. I envy you. But for me it’s a battle every single day.

“Every speech I get through without calling ‘them’ genetically less intelligent and every public appearance where I don’t brandish a golliwog is a victory, but the next morning I start all over again.

“And now, because of these cameraphones, we’re expected to not be racist even in private. That’s inhuman.”

He added: “We can’t enact openly racist policies, we can’t be racist socially, and now we’re not even allowed to use archaic racist metaphors? Enough is enough.

“I’m just so thankful Article 50’s been triggered. In less than two years my people can breathe free.”