Miliband rules out forming a government

ED Miliband has confirmed that Labour will refuse to govern the country if it wins the general election.

Even if his party achieves a majority, Miliband ruled out a coalition between Labour MPs and the rest of the Labour MPs.

Miliband said: “If we govern it will be utterly hellish. You know it will.

“And it would just be the same people as last time – except Gordon Brown, obviously – so at least you won’t have that glowering at you.

“A Labour majority, without Brown, that doesn’t do anything. Perfect.

“Plus, if we govern, I’d have to meet leaders from different countries and they might think I’m strange.”

Miliband also pledged to avoid a Labour government by continuing to appear in public like a string puppet controlled by a baby.

Today he will campaign at an inner city youth centre where he will freestyle rap and then eat some soup.

Barista convinced someone will notice he’s playing his band's demo 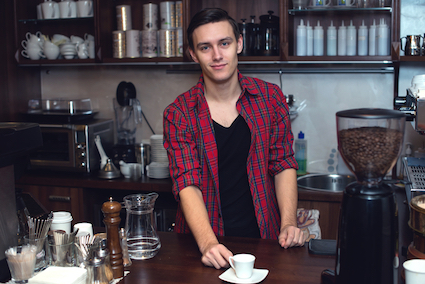 A COFFEE shop barista is positive today will be the day a customer notices he is playing his band’s demo.

Martin Bishop has been playing the demo every day for the last three months without a single person asking what they were listening to.

He said: “One of the good things about working here is that I get to pick the music. So I slip our demo on about once every 90 minutes.

“We’re kind of post-rock, so we don’t use choruses or any of that bollocks. So the demo’s about 45 minutes long.”

He added: “It would be kind of okay if someone asked ‘who’s this?’ because then I would just say ‘oh, yeah this is kind of my band – we’re not on Twitter or any of that shit’.

“It’s not like I’m expecting a record company guy to come in and ask who it is or anything.

“And I would only sign if I had complete creative control.”