FACEBOOK is now taking down any posts that fail to boast of the user’s clear moral superiority.

Posts that are not about the joy of being a mother or sister, do not brag about athletic achievements or do not check into a desirable bar or restaurant are now in violation of the site’s terms of service and will be removed.

Joanna Kramer of Salisbury said: “There’s always that one post on your feed that isn’t passively-aggressively daring you to repost it in support of crime victims, or that annoying photo that isn’t of a glass of wine.

“Why bother posting at all if it isn’t a shot of your luggage on the bed of a fancy hotel with the caption ‘And relax’, when you’re doing nothing to bolster your fragile sense of self-worth in the eyes of others?

“I say ban them, which is why I’ve written ‘Like this if you’re sick of everyone who doesn’t post daily photos about how much they love their kids’ over a sunset I stole from Flickr.”

The new rules, which are expected to leave 95 per cent of Facebook users unaffected, will allow nude photographs or footage of terrorist activities as long as it is clear that they are only being posted to boost the user’s towering ego.

Trevor Phillips: 'Nobody has ever said these things about racism before' 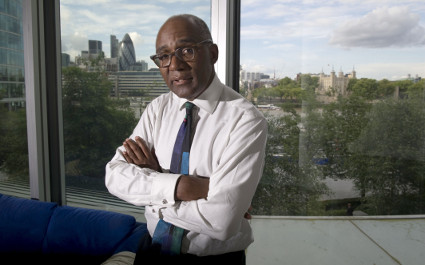 AS THE former chairman of the Commission for Racial Equality, I know explosive truths about race that the rest of the UK has never, ever discussed.

For example, radical Islamic terrorists often come from Muslim communities, and that some fear they may have been radicalised by hate preachers within their own religion.

Shocked? Of course you are. Because this has never been openly stated in Britain. Politicians, newspapers and ordinary people never, ever talk about these things. Ever.

In this country the worst crime you can be accused of is racism, which far outshines minor infractions like murder, armed robbery, forced slavery or urinating in a public place.

That is why statements like ‘multiculturalism may have drawbacks’, that ‘Romanians are more likely to be pickpockets than copyright lawyers’, and that ‘Indian women work in pharmacies’ have never been uttered – until now – and thus your world has remained safely intact.

I may have cause to regret saying the unsayable. It could be that a political party might seize on these hitherto unknown fractures in our post-racial utopia and attempt to use them to gain votes, though that’s extremely unlikely.

But I believe that tearing the scales from our eyes and discussing race for the first time in decades will lead to a better, happier Britain, and that no newspaper editor will deliberately misinterpret a single thing I’ve said.

Finally, I am not the Trevor Philips from Grand Theft Auto. He is a mass-murdering American psychopath who spells his name with one ‘l’, and I am an educated politician and broadcaster.

Also he is white and I am black, though I’m sure that no-one, including the Daily Mail, has noticed that.