Miliband’s pledge: 'I will really try not to completely f**k Britain'

ED Miliband has pledged that a Labour government will try really hard not to fuck everything up.

Writing in the Daily Mirror, the Labour leader insisted he would make not fucking the country into the middle of next week his top priority as prime minster.

He said: “I don’t actively hate Britain and I honestly don’t want to be shit at this. If you vote Labour I will get up every day and try my best not to be an utter fucking disaster.”

If the economy doesn’t grow, trying as hard as he can to not just go out and borrow hundreds of billions of pounds;

Trying his level best to not do a sordid deal with a large Scottish party that actively wants to make him prime minister;

Trying quite hard not to ban a load of everyday things that most people are perfectly okay with;

Saving the really large-scale dicking about for the education system and the NHS.

He added: “If you want a prime minster who probably won’t fuck your life up from the very moment he takes charge then I’m probably the man for the job.” 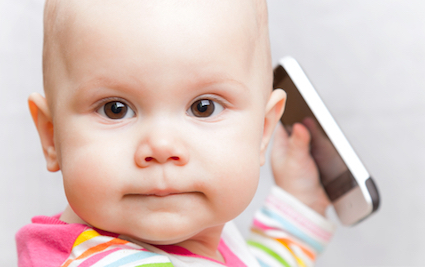 A WOMAN has given birth to a baby obsessed with social media engagement and brand awareness.

Emma Bradford’s joy was quickly replaced by nausea as she realised her baby Nathan was asking the midwife what she looked for in infotainment.

Nathan later paused mid-breast feed to ask whether his mother was getting the best out of her snackable content and whether she would buy a snack that was marketed using ironic hashtags.

Emma Bradford said: “At first I thought he was gurgling, but then I realised he was speaking in marketing bollocks.

“I’ve just put him down for a nap, but he’s refusing to sleep as he’s in the middle of a brand development presentation.”

Bradford added “I’m going to leave him on the doorstep of an advertising agency with a note that says, ‘unwanted twat’.”