THE British monarchy is in crisis after attention was once again drawn to the absolute pointlessness of its very existence.

The Duke and Duchess of Sussex’s interview with Oprah Winfrey has once again forced Britons to look at the institution of monarchy and wonder why the f**k it is there.

Historian Denys Finch Hatton said: “Apparently this interview is the biggest crisis the monarchy’s faced for decades. I’d say it’s bugger all compared to the future king divorcing his wife and her subsequent death in the 90s, but whatever.

“And if you think that’s bad, how about in 1917 when anti-German feeling was rampant and we suddenly realised we had a load of Krauts on the throne, and they had to change their name to a castle?

“Basically the monarchy is in perpetual crisis whenever anything goes wrong because the country notices it, realises what a complete waste of money and time it is and wonders how hard it would be to get rid of.

“I expect this crisis will blow over like the others. If they know what’s f**king good for them.”

Your guide to being unhinged about Meghan on the internet 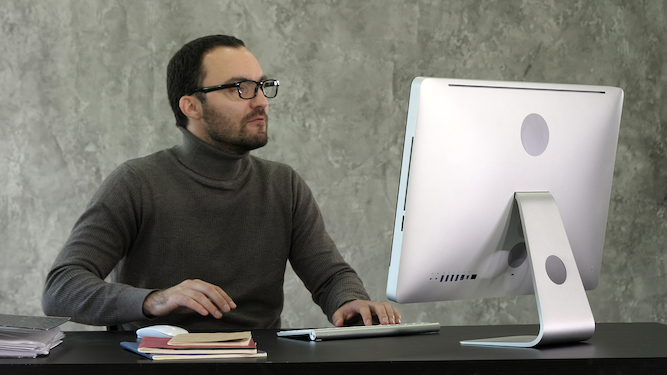 WANT to stand out from the online mob of Meghan haters? Here’s how to leave a comment that makes even the most deranged uneasy:

There’s a pandemic going on, you haven’t seen your parents since November and you might lose your job due to bloody Brexit, so definitely prioritise your hatred for a woman you don’t know and never will. Use the last of your monthly data posting venomous shite like ‘Family-wrecking b-i-t-c-h Diana wuold be weeping in here grave!!!’

Call for her trial and execution

Treason is a crime, Meghan has committed treason, we have laws in this country. The logic is undeniable. And, as older Britons think the Army is the solution to every problem from negotiating with the EU to bored youths gathering under lampposts, your argument that they can find time for a quick televised show trial will go viral in minutes.

Assume intimate knowledge of her motivations

As some random bellend posting bollocks all day, it’s easy for you to watch four to five minutes of interview footage and understand instantly exactly why Meghan has made the decisions she’s made. Why is why you’re posting ‘How long before harry murdurs Wills so this cow can be are Queen?’ at 9.06pm.

Do not expect the entirely expectable

Meghan is an LA luvvie who’s into feelings and whatnot, while Harry is a spare heir. Talking to Oprah and doing charity work is precisely what you’d expect them to do. Disingenuously suggest they ‘could learn a proper trade, like plumbing’ or that Harry could fall back on his experience and become a hired killer.

Angrily and implausibly deny your racism

Racist? What? How could anyone even think that? Shocked, defend yourself by passionately arguing that race is nothing to do with it and you hate Meghan for pure, untainted reasons, just like you used to hate Diana.

Is Harry suffering from the inherited madness of King George III? Is Meghan a loyal sex puppet of Jeffrey Epstein, who is not really dead? Are they promoting a woke agenda to undermine Trump? Insane questions like this will help your anti-Meghan comment stand out. Though not by much.