THE prime minister has announced that it is Monday fucking morning and she is still fucking here.

At a Downing Street press conference the media were unable to tell whether Mrs May’s tone was one of grim triumph or exhausted resignation, but confirmed that she was indeed present and apparently in charge.

May added: “I woke up this morning, the grey light of dawn at the window, and the first thing I thought was ‘Still here? Still fucking here.’

“Was it all talk? Are the letters coming in? Is there a leadership election, or a general election, or a military coup on the cards? I don’t know. But I’m still here.”

BBC reporter Carolyn Ryan said: “She’s widely hated and bad at the job, but she hasn’t disappeared in a puff of smoke. Unlike David fucking Cameron.”

Is your dog a higher social class than you? 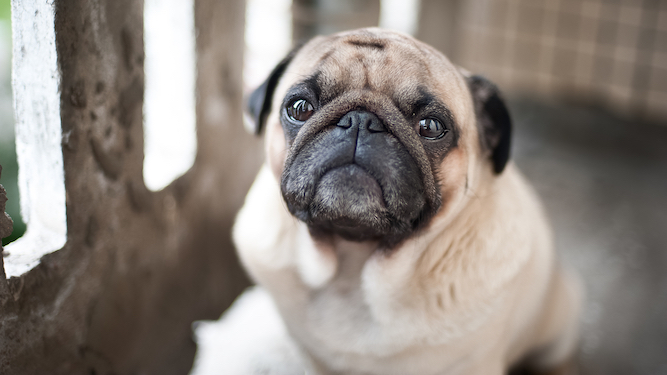 EVERYTHING in Britain, from trees to lozenges, has its place in the class system. But is your dog the same social class as you, or does it look like that because it’s constantly sneering? Find out below:

The Queen’s dogs, these pampered princes strut around baffled as to why they live in your pauper’s cottage. Pretend they’re not with you if off the lead. Consider it an honour for you to pick up their shit.

PUG
Squat, ugly and pedigree, pugs are the curtain-twitching middle-class Daily Mail readers of the canine world, stumping around your house judging you for your liquid soap dispenser, your big television and your dusty pelmets.

COCKAPOO
Arriviste social climbers unaware of how gauche they are, this breed rejects antique furniture and 17th century farmhouses in favour of a brand new Wimpey home where the kitchen’s replaced every four years. Doesn’t understand why anyone lives any other way.

ALSATIAN
Basically security guards. Likes pornography and a copy of the Puzzler. Would join the police but their mate down the lamppost says they’re only hiring foreign dogs now. As working class as it gets.

LABRADOR
Traditionally a working dog, but thanks to being kept as a pet it is unable to work and just sits at home, watching daytime TV, with no pride left. It is a member of the underclass and attempted to vote for Brexit.