MP Does Something Other Than Being A Dick

WESTMINSTER was left reeling last night after a senior politician did something that did not involve being a total dick.

Amid unprecedented scenes the MP said it was time to stop being a dick and devote his time to other things, starting with his job.

He told reporters: "Some people will say to me, 'what are you trying to achieve by not being an arrogant, grasping, hypocritical, self-serving, creepy, dishonest, sleazy dick-faced motherfucker?

He added: "I have spoken with the leader of my party. He thinks not being a dick is a risk, but I reminded him the British people are paying us all more than sixty grand a year to not be a bunch of dicks."

Labour politicians ridiculed his stance claiming that by not being a dick he was actually being even more of a dick.

But Senior Tories applauded the MP's anti-dick principles while stressing they would continue to act like dick-faced motherfuckers.

The dramatic development also left the Westminster press pack divided and confused, with many of them criticising the politician for interrupting their lunch.

Meanwhile scores of backbenchers have asked the Speaker of the Commons how they go about claiming expenses for watching David Davis's resignation speech.

Africans Thrilled For Wayne And Coleen 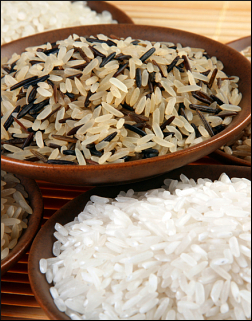 MILLIONS of malnourished Africans yesterday sent a telegram of congratulations to Wayne Rooney and his bride Coleen following their £5m wedding celebration.

Lizzie Matumba, 14, of Zaire, said: "We are so happy for them, he look so plump and healthy. Like cow ready for die.

"So generous too. You know he buy food for all guest for all of week? But Wayne very rich. He must be, the price of maize these days.

"It bigger wedding even than my sister's. Such huge affair. We had so much rice that day, nearly everyone had some."

Matumba said she had walked 50 miles to the local telegraph station to send her message and wait for the new issue of OK!

She added: "Four villages save up to buy one magazine. No food many days, sell our last goat. But we must see Coleen’s dress and make-up. And what she do with hair?

"Once we see lovely photos we boil it up to make soup. My mouth watering already. I remember feast we had when Catherine Zeta marry Michael Douglas."

Meanwhile a telegram to the couple from former Manchester United star Eric Cantona read: "When the vultures follow the buffalo they hope to feast on its entrails for many days. Your souls are dead. I hope you both drown in your own vulgar, wretched vomit. Have a special day."