MPs Banned From Paying Their Children To Live In Fulham

MPs are to be banned from paying their children £40,000 a year to live in Fulham under new Parliamentary regulations.

Most MPs currently maintain one or two sons and a daughter in a large flat in the area to conduct research into developments in the strategically important London borough.

Conservative MP Tom Logan said: “My son Zack has spent a lot of time researching the introduction of the smoking ban at the White Horse in Parson’s Green. It seems to be going well but they do have a large beer garden.

“He’s also keeping an eye on the local economy, and as soon as house prices come down I’m going to buy another flat there with my housing allowance. I made an absolute killing on the last one so I’d be stupid not to.

“It really is a lovely place to live, and whenever Tom and his chums want to pop into the Commons for a few subsidised drinks, it’s just 20 minutes on the District line.”

Labour MP Henry Brubaker said it was vital he maintained at least one child in Fulham to keep a watchful eye on his class enemies.

He said: “I might represent a dirty, northern constituency but there is no need for my children to have to live there and run the risk of getting fat or pregnant.”

Under the new rules MPs’ sons and daughters will have to live in south-east London, somewhere between the Elephant and Castle and Peckham.

Although they will no longer be on a wage from their parents, they will be allowed to sell cannabis and reconditioned handguns. 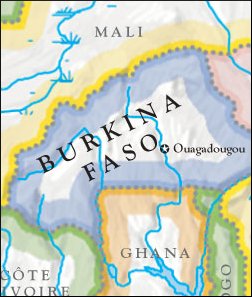 SÓCÍÉTÉ Générálé is launching a new card offering six months interest-free credit on balance transfers of up to €50 billion.

The bank said that despite the recent credit squeeze it expected a high level of successful applicants.

Pierre Proudhon, SocGen's head of credit, said: "This product is all about busy, modern lifestyles.

"It says, 'you are a high-flying executive who deserves your rewards and needs to play as hard as you work'.

"It says, 'enjoy the good things in life – a new suit, a five star hotel, six months of chaotic trading on the international futures market'."

Proudhon said applicants should earn at least €100,000 a year and have a desperate, far away look in their eyes.

Meanwhile several leading board members at Sócíété Générálé have expressed astonishment after learning what stockbrokers actually do.

Jean-Claude Defarge said: "Are you seriously suggesting that the value of things can change from day to day and there is no guarantee that things will always be the price you want them to be? This must be, how you say, stopped."