MANY more MPs are expected to admit fraud in a bid to get away from whining, busy-body constituents.

Freshly convicted Labour MP Eric Ilsley is said to be looking forward to several months amongst a population that has no idea who he is or what he and his party has utterly failed to do for the last 15 years.

The parliamentary prison population is now expected to swell, leading to the creation of a convict gang called ‘The Backbenchers’ who will terrorise institutions with a regime of long-winded speeches and utter fucking lies.

He added: “We’ve created a safe haven for politicians, free from the incessant harping of journalists and constituents. Who’s going to accuse you of being a lazy, two-faced, thieving shit in a place like this?

“And an unexpected bonus is that these chap’s views on immigration and paedophiles would be viewed as robustly fruity, even by Anne Widdecombe. If this place had a decent restaurant I’d never leave.”

Wandsworth governor Roy Hobbs said: “Prisoner 547219 has already tried it on with me by claiming double bedsheet allowance for his regular cell and a ‘work’ cell that he says he needs because it’s nearer to the kitchen.

“I’m also looking into claims he’s involved in a ‘snout for visitation rights’ scandal. It’s not like it used to be here – at least the rapists kept themselves to themselves.” 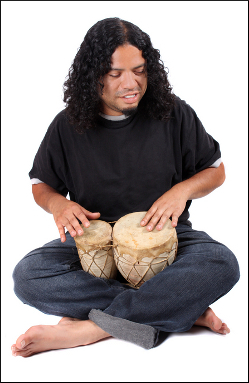 CHANCELLOR George Osborne is to put an end to excessive bank bonuses with an angry poem about shame.

Rejecting claims the government had ‘thrown in the towel’ on City pay, Osborne said that when his poem was finished nothing would ever be the same again.

“There comes a time in every statesman’s career when he is faced with an issue so great that responding with new legislation is demeaning for everyone concerned. It is at times such as these when he sits at his writing desk, picks up his pen and lets loose the tiger that stands guard over his soul.

“Would you like to hear a little bit of it?”

The chancellor then reached into his jacket, pulled out a piece of paper, cleared his throat and said: “Fat greedy piggy and his trough full of money. Oink oink, piggy, your nose is all runny.” He then bowed his head before the hushed Commons chamber, folded the paper and put it back in his pocket.

As members on all sides got to their feet and began cheering, a triumphant Mr Osborne shouted above the noise: “All that is necessary for the triumph of evil is for good men to not write poetry!”

The Treasury later stressed the poem was the ‘nuclear option’ after a series of initiatives including writing to the UK’s senior investment bankers and asking them how they would like their bonuses to be taxed.

A spokesman said: “He also met several of them in person and asked whether they could pay themselves slightly less money, but unfortunately they said ‘no’.

“They were very nice about it and pushed him really hard against the wall so that his face was all scrunched up, before threatening to move their businesses to Bahrain and turn Britain into a slave labour camp/whorehouse for Chinese gangsters.

“Thank goodness we now have the poem.”