My government is a weak, unstable, leaderless rabble, says May in interview slip

THERESA May has accidentally contradicted her ‘strong, stable, leadership’ electoral message in a live interview.

The prime minister was speaking to Magic FM when she inadvertently said that her party was on the verge of collapse because of her utterly inept command of it, before correcting herself.

Political analyst Helen Archer said: “This slip was very much off-message for the Conservatives, and that could damage them.

“When everyone’s out there pushing the strong, stable leadership line, May stating her cabinet team run about like headless chickens not listening to a word she says is telling, even if she did later clarify it was a mistake.

“Put together with last month’s slip about wanting ‘the worst possible deal for Britain’ in Brexit negotiations, and you can see why she’s avoiding a leadership debate.

“Still, with her poll lead she’ll probably get away with it.”

In a later interview with Southampton’s The Breeze FM, the prime minister said she offered strong, stable leadership “like the iron hoof of Satan himself” before apologising for her misstatement.

Friend selfishly having birthday drinks in his bit of London 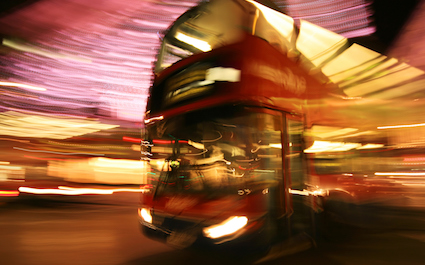 A FRIEND is celebrating his birthday near his flat in Stoke Newington, despite it being miles from where everyone else lives.

Tom Logan has invited everyone for birthday drinks in a nice little bar within walking distance of his home and a mere three buses away from his friends’ homes, and on a weeknight too.

He said: “34 isn’t a big birthday so I thought I’d do something low-key like get six people to travel an aggregate 448 miles, here and back, to watch me eat a mushroom risotto.

“This bar’s super convenient for anyone who, like me, lives in or near Stoke Newington so can stay until closing and still get a full night’s sleep.

“There are night buses. It’s not my fault you live in Streatham.”

Logan added that he might go on somewhere afterwards but warned that he had to be at work in the morning, as though he were the only man in the city with a job.

Friend Helen Archer said: “And he expects a present, like the greedy self-centred North London bastard he is.”