No hard feelings about that austerity thing, eh? say Tories

SEVEN years of unnecessarily brutal economic policies were no big deal and Britain should just move on now, Tory leaders have explained.

Conservatives feel there is nothing to be gained from dwelling on why austerity was vital before they fucked up at the election, but is totally optional now.

Prime minister Theresa May said: “It was entirely necessary at the time. The fact that it fitted in 100 per cent with our deep ideological hatred of public services and lazy dole people was just a weird coincidence.

“Yes, a few libraries closed down but who wants to read manky books covered in other people’s bogeys?

“Voters need to ask themselves if they want a government that’s dogmatic and inflexible, or can respond quickly to changing events like being on the brink of getting chased into the hills by an angry mob.

“We did what we thought was right at the time, based on careful planning. It’s not like we make up this shit as we go along, based on whatever best serves our selfish, ego-driven, careerist agenda.”

She added: “This week everyone called Sarah is getting a free car.” 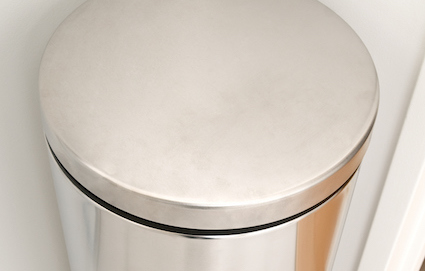 A MAN has postponed putting his rubbish out once again by ramming down the contents of his kitchen bin and then lying about it.

Exerting the full force of his body weight, Bill McKay managed to free up a full three-eighths of an inch of extra space, creating just enough room for an empty bacon packet and the inedible heel from a seeded batch loaf.

The 90 seconds of grunting effort has saved him from having to walk all the way to the wheelie bin by the shed and then replace the bag in the kitchen.

When asked by his wife if he had emptied the bin like she asked, McKay immediately said ‘yes’, before going back to watching the new Game of Thrones trailer.