Nothing ruled out including war, says Cameron

THE prime minister has promised he has ruled nothing out in negotiations with the EU, including a decade-long transcontinental war.

In a game-changing speech Cameron said that he will limit free movement of workers within the EU even if he has to mine the Channel, invade Calais and launch nuclear strikes on Bulgaria.

He continued: We can stay in the EU. We can leave the EU. Or we can destroy the EU utterly and plant the shining standard of the Union Jack in the ashes.

When I sit down with Angela Merkel and Francois Hollande, there will be a loaded pistol on the negotiating table. The safety will not be on.

If every household in Britain loses a son, if every city is bombed to a ruin, if our nation becomes a pariah for centuries to come I will not back down.

That is how much I want to win this election.

Camerons speech has been applauded by the public, who have heard from their grandparents and films how great war in Europe is and are keen to try it for themselves. 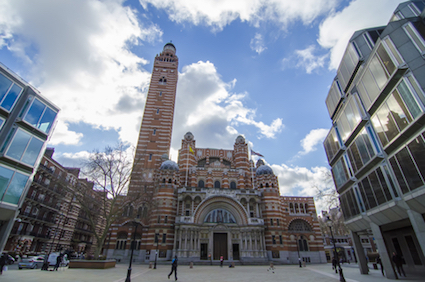 CATHEDRAL architects must be vetted so they do not design buildings that look Turkish, UKIP has demanded.

The party said British cathedral architecture has been corrupted by multiculturalism, resulting in the use of colourful bricks and ambiguous domes.

Leader Nigel Farage has demanded the abolition of the Royal Society of British Cathedral Architects, ‘if such a thing exists’, and called for a ‘back to basics’ approach to all churches more than 160ft wide.

He added: “Britain could have a great 21st Century cathedral building industry. But we have to build the sort of cathedrals that people actually want.

“I know I speak for everyone when I say I’m sick of having cathedral designs foisted on me by trendy Muslim Eurocrats.

“Meanwhile, Westminster Cathedral should be replaced temporarily with Norwich Cathedral while we work out how to build a new cathedral that doesn’t look like a kebab shop.”